The other day, as per my morning routine, I made myself a Dongo-sized cup of iced coffee and turned on the television. The time was 10 to 11, so I caught the last few minutes of a “Catfish” episode on MTV while awaiting my morning dose of “Gilmore Girls.”

Before Nev and Max could have their wrap-up Skype sessions, I saw a commercial for White Squad — Professional White Advantage Services.

“Is your skin color holding you back? Are you tired of systemic prejudice ruining you day? I’d like to tell you about a new solution to racial inequality. White Squad,” the commercial stated.

At first, because I haven’t made a dent in my coffee, I think I am watching a promo for some sketch show. Or an “SNL” bit I’ve missed. The commercial goes on offering help with things like hailing a cab, finding an apartment and appearing in court in your place. I watched till the end, jaw hanging open waiting for the Gotcha! or “Watch yada yada on Wednesdays 10/9 central.” Instead, by the end, I got a URL and a phone number.

As a member of the technologically-dependent-scared-of-human-to-human-contact generation, naturally I browsed through the site first. Clearly, this couldn’t be real, but the site gave no indication.   A few years ago, a Dumb Starbucks store was built as part of the second season of Comedy Central’s “Nathan For You,” so I decided this must be the that. Nathan Fielder must be at it again, in full stride. And also, right on!

I called the number. A voice automated system picks up and prompts you to pick a service you need help with. The first on the list was hailing a cab, so I picked that. The voice begins to tell me that, “Every day, countless people of color are unfairly ignored by cab drivers all over the U.S. White Squad can send a white person to hail a cab for you. To request this service, press one. To go back to the main menu, press two.”

I hit one. “Thank you for your interest in White Squad. While white privilege is real, White Squad is fiction.” The voice then informs me that White Squad is part of MTV’s Look Different campaign. Its main idea is to point out that covert racism is still very much a part of our fabric as a community.

“The truth is, we’re all little biased — even MTV,” states the Look Different site. “But if we all do more to challenge bias, we can help create a more equal future. So let’s get to it.”

OK, so now that we all know White Squad is not an actual thing, what does it actually do? Well, this is kind of brilliant for MTV to do, in my opinion. Sometimes we forget that racism, snap judgments based on racial profiling and prejudice is still very much at large. A commercial like this snapped us all out of our daily routines and made us think just for a second, “Is this something we really need?” or “Who is out there reminding us that we are still a pretty faulty society?”

Really, the only problem with an ad like this is the fact that it seems pretty comedic. As I said earlier, I thought it was part of a sketch show or a prank. Why? Well, because it seems fake. The overtness of the commercial points to comedy. At the end of the day, comedy uses absurdity to point out ideas and conceptions that are, at the heart, pretty wrong or ridiculous.

The idea that we still need to be reminded that prejudice exists in this day and age is rather sad and ridiculous. So the blending of absurdity with an actual issue in our society has created a rather poignant message. Good on you, MTV!

Daniella Bondar is a contributing journalist for TheBlot Magazine. 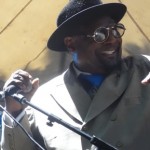 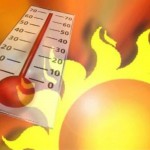