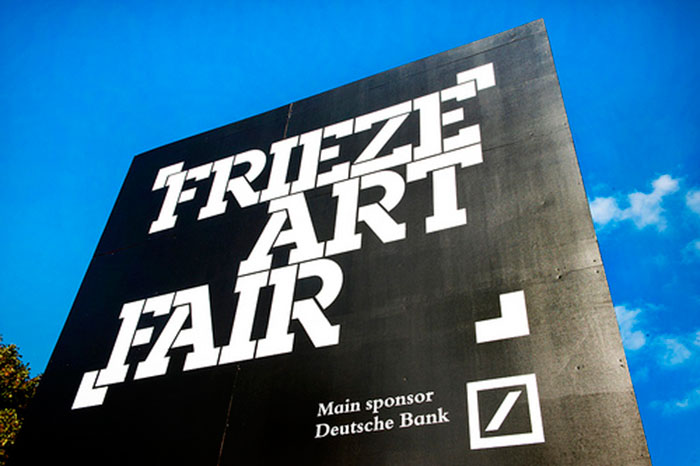 Anything new at Frieze Art Fair?

Of course it’s all very impressive. A decade of success in the art world is no easy feat. Frieze’s founders, Amanda Sharp and Matthew Slotover, met at a bar mitzvah when they were 13 years old, and have grown into business partners with Frieze Magazine and subsequently an abundant art fair enterprise. Every fall, professionals from hundreds of countries flock to Regent’s Park, not to mention droves of viewers (the most gung ho of which are usually art students, with adorable nose piercings and bright eyes). While I am a big fan of Frieze (it’s probably my third favorite art fair after Basel and Basel Miami), I have a confession to make: I’m bored of art fairs in general. To be totally honest, the illustrious art critic Jerry Saltz hasn’t liked them for almost a decade, either.

Year after year after year, near-identical white tents are temporarily erected along rivers and parks around the world … or at least, parts of the world that bankers go to: London, Paris, Basel, New York and Hong Kong, to name the heavy hitters. The beat goes on as the same suave jet-setters from the staple posh cities come in with matching designer outfits. Carefully practiced, inscrutably jaded faces attached to bejeweled sinewy arms pretend to wave away the socialite photographers and just ever-so-occasionally pick up a piece. The first few times, the ritual seems chic, a dance of disinterest by only the thinnest of New Yorkers and the most opulent of Russians. And yet, over time, the VIP whites become a far-too-quiet slew of circus tents, until the desperation of commercial art starts to feel like it belongs at Palisades Mall.

I wish I could muster up the ability to care about Frieze Art Fair — really, I do. I have an enormous amount of respect for the leaders of a decade in art enterprise and publishing. On a literal note, it can occasionally be wonderful to peer inside little booths and discover reflective art condensed from Chelsea to Seoul. Unfortunately, though, the uniformity of the process is stale. I cannot in good conscience write a review of yet another showcase. Best of luck to everyone at FIAC this week. I hope you make it there, if only to hang out in Paris. Sorry guys. 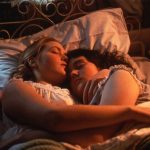 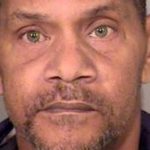