We’re so used to retreating into our iPods or indulging our overstimulation-induced ADD that listening has become a lost art. We are great at talking and, for all intents and purposes, we can still hear. But people rarely actively engage when communicating with each other. Whether they monologize, zone out or spend most of the conversation thinking about what they want to say next, they are not investing care, energy or attention.

If you’re guilty of checking your phone while your friends are talking or completely checking out, here are a few tips on how to be a better listener:

One of the rudest things you can do when someone is talking is not look them in the eye. It’s reached a point where there’s an entire generation that is not used to direct eye contact. If you find it intense or uncomfortable for someone to look at you while you are talking, you may not be primed for adult conversations. Eye contact forces you to actually focus on the person you are speaking with. It shows engagement and helps form the requisite connection you should have during any type of conversation. It can also help you adequately absorb what they’re saying.

It can be challenging to listen as what you want to say keeps bouncing around in your head, but this is why it’s called the “art” of conversation. We’ve become so reliant on Google — or, as television might have you believe, Bing — that our short- and long-term memories are shot. We rush to speak at the risk of forgetting what we’re going to say. However, if we talk before we actually listen, then we aren’t moving the conversation forward. Good conversation and communication should be like a game of ping pong, or badminton if you’re fancy. You should first catch what the other person is saying, reflect on it, then respond. If you interrupt someone, you not only disrespecting them, but you lose the spirit of what they have to say.

This is one of the tenets of improvisation for good reason. It’s a key to collaboration. When you work constructively, you avoid argument and conversation flows more quickly. It also allows for nonverbal communication. When you work off what someone has just said, not only does it force you to actually listen and process what they just said, it also communicates to the person speaking that you are listening.

4. Be as Emotionless as a Robot

One huge barrier to communication is a lack of emotional control. It’s easy to fly off the handle based on what you think someone meant by what they said. However, if you exhibit a little emotional distance, you can better reflect on what someone actually means by what they say. Not everyone can be eloquent or a skilled orator, so if you’re expecting everyone to be a velvety-voiced Maya Angelou, you might need a talking to. Instead, give someone room to say what they say and give yourself the proper emotional distance to actually “get” it. After all, there are tons of opportunities to learn and grow, so you should take advantage.

Anyone can hear what someone is saying … unless you are deaf, or there is a loud noise. But if you don’t let what you’re hearing sink in, then you’re no better than a goldfish. So if you’re evolved enough to not eat where you poop or get wowed by a toy chest, then maybe you should let what someone says inch into your short-term memory so you can adequately give it the thought it deserves. That’s not to say you have to ruminate on everything you hear, but you should at least give it a beat to sink in before you cast it aside.

Much like the proverbial red-headed stepchild, if what you’re saying is not related to the conversation, you just might get beat. People think differently. Something someone says could send you off on a tangent. It’s your responsibility to explain why you thought that. The onus is also on you to show you are giving that person adequate attention and that you’re mentioning something wildly different has to do with how you process information. Everyone learns and communicates differently, but you may need to teach people how you communicate.

These words may seem synonymous but they are wildly different. A debate has a winner. It is a competition often done by high school students and political candidates. One person argues a point, and the other person argues a different, often opposing point. A conversation is where two people communicate in the hopes of establishing a greater understanding on a random subject. When you converse, there is no winner, so put the gloves or, in some cases, the gun, away. Or you can join your local high school’s debate team.

An insecurity in your intelligence is one of the largest causes of conflict. It is most often the root of pretension, condescension and elitism. As much as people seem to need the validation of participation trophies or constant assurances that they’re a unique flower, ain’t nobody got time for that. If you can’t find your own security in yourself, you shouldn’t expect others to give it to you. More importantly, you shouldn’t think others can take it away. A major reason behind a lack of listening is when people get a bug up their ass. Clear communication involves a removal of emotional language, a proper distance and sometimes an overemphasis on facts. If you take that personally, that’s on you because no one is in charge of telling or showing you how smart you are.

It’s easy to be competitive when you’re playing Cranium or Charades, but a conversation shouldn’t be a pissing contest. Nothing shows your insecurity or lack of metaphorical (or literal) penis size more than a need to be right all the time. True intelligence comes from a willingness to embrace ignorance as a chance to learn something. Genius comes from an ability to understand two opposing ideas at once. If you waste your breath trying to prove you’re right, not only will you alienate people but you’ll also, ironically, look stupid.

In defense of active listeners, there is one thing that can take anyone out of a conversation. In order to be a good listener, it helps to be a good communicator. A great tool to not alienate people is the use of “I” statements. “I think …”, “I feel …”, “I believe …” are great ways to keep people from getting distracted by any generalizations or bursts of ignorance you might accidentally throw out there. It also clearly asserts opinions over facts, which is important. 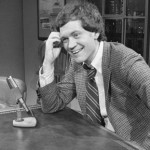 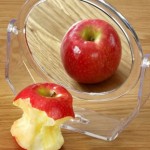