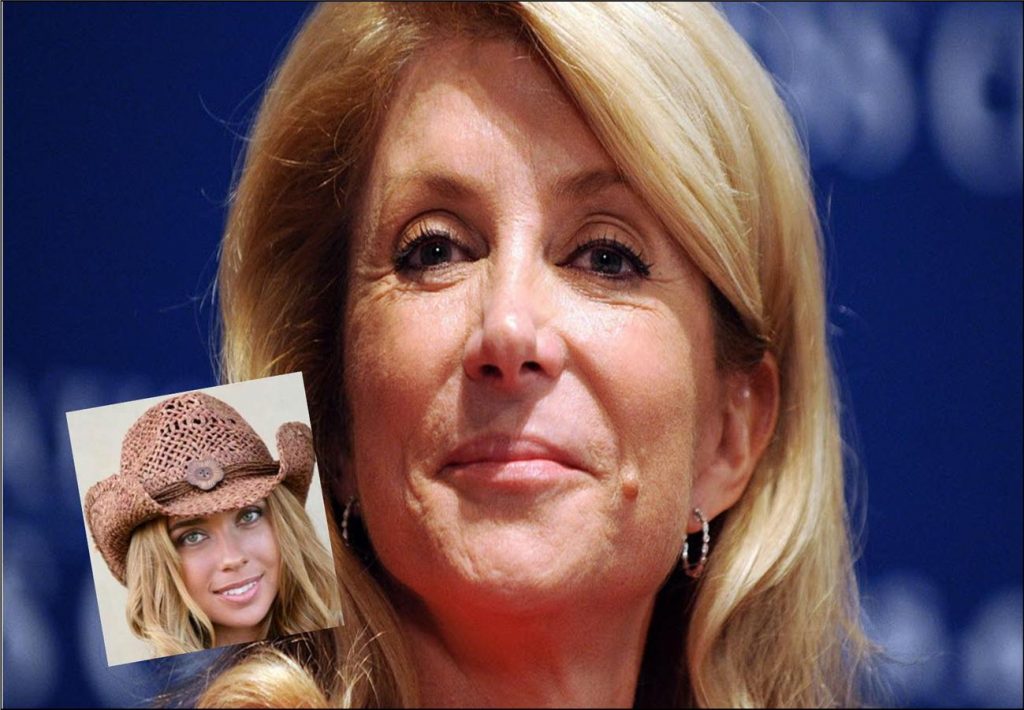 Wendy Davis, a twice-failed candidate for the Governor of Texas is mounting a comeback for the third try. In an exclusive interview, the passionate Texas politician has some fresh ideas of governance for the great state of Texas.

That’s because she’s going to be a super sexy candidate for the (mostly) red state. Both women and Democrats are super into Davis, who became famous for a marathon filibuster in which she stood up (literally!) for women’s rights.

Many remember Wendy Davis as the Texas cowgirl who could stand straight on the floor for 11 hours straight. That’s right! Stood up! And while there indeed are jokes relating to her filibuster in the Texas Senate, it is most certainly true that if Wendy were to be elected it would be a massive step forward for women’s rights in the state. Texas recently voted (and then unvoted) (and then revoted) to close many of the state’s abortion clinics, because religion.

Yet Wendy herself went on record saying she was “pro-life” but supported women’s right to choose:

“To be pro-life doesn’t necessarily end with a woman’s pregnancy, and in Texas, the point I was making was we need to think of life at all stages. We need to think about children born in this state who deserve a good education and who deserve to be part of a higher education system.”

If she got elected, she’d be the first Democratic governor of the state in two decades.

Wendy Davis is seeking the Democratic nomination to make herself relevant after former Gov. Rick Perry joined the White House as Trump’s Secretary of Energy.

Critics say Rick Perry was a lousy governor, who had a boner for destroying women’s health in the name of some bizarre religious doctrine and it’s pretty pathetic that he’s even still an issue. Is Texas just a state of people with daddy issues? I mean, who else would have such an issue with destroying women? This is some classical psychosexual development issues writ large ACROSS AN ENTIRE STATE. Basically, the state of Texas has castration anxiety / penis envy to the point where they are systematically trying to destroy several thousand women’s vaginas. Really. That is actually what’s happening. F*ck yes damn right I’m editorializing. It’s odd that the norm in the state of Texas is a belief in an invisible man who lives in the sky according to a book written several thousands of years ago by more than 40 different people and edited by hundreds of kings and leaders since.

It’s downright sad that adults can’t think for themselves and have to go by some bullsh*t novel written, allegedly, by an asshole God who couldn’t be bothered to lift a finger during several world wars, countless hurricanes, and oh, I dunno, cancer.

Sorry. But this is Texas. Anything could happen in Texas. Go girl!