So here’s some simple advice for any potential grooms out there.  Don’t hit on other women at your wedding.  So you’d think that would be obvious.  But maybe we need to expand on that advice.  Also don’t proposition a teen waitress working at your wedding reception.  Sure, sure, you already know that.  But this guy didn’t get the memo.  His wedding descended into a drunken brawl and well, ended the wedding, after he hit on a teen waitress.  It’s the kind of thing that would be perfect on Maury Povich.  But maybe even Sally Jesse Raphael could have fielded this.  Donahue?  Not so much.  But this Pennsylvania wedding went all wrong, all the way.

Read More: Here Are Some Lessons From a Punk Rock Grandfather

GROOMS, DON’T GROPE TEENS AT YOUR WEDDING AND EXPOSE YOURSELF

The groom’s name is Matthew Aimers.  The 31-year-old reportedly hit on a teen waitress.  But she evaded him and walked away.  So what does this idiot groom do?  He follows her into a bathroom STALL and then gropes her!  That’s a big no-no, anywhere and anytime.  But especially at your own wedding.  The epic failure of a wedding was at a country club in Northampton Valley.  But I suppose I left out some other ugly details.  When Aimers hit on the teen, he “asked her to go outside and make out.”  He told her they could do “whatever you want.”  But when he followed her into the bathroom, he pulled her into a stall and exposed himself while he groped her!

POLICE HAD TO SUBDUE DRUNKEN PENNSYLVANIA IDIOT FOR ARREST

So police arrived at the scene after they received reports of a fight.  But when they arrived, they saw the groom “pushing and punching people.”  So then when Aimers saw the police, he said some awful stuff to them and tried to start a fight with them, the police.  But as you can imagine, that didn’t go over too well.  There was a struggle as police took him into custody.  So here’s some more advice.  Whatever it is, don’t do it if it means you leave your own wedding in handcuffs.  Aimers now faces charges which include indecent assault, imprisonment of a minor and disorderly conduct. 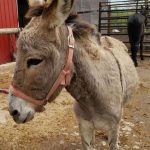 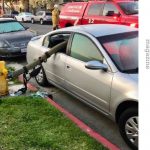