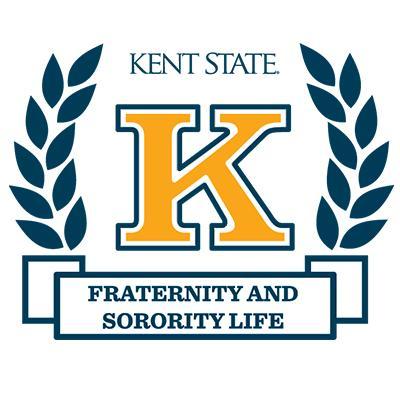 Urban Outfitters is not really my kind of shop, and I am sure it is glad that someone like me with zero street cred and a negative cool factor doesn’t do business with it. However, I am begging the store to please, please, please sell me at twice the retail price its bloodied Kent State sweatshirt.

The shirt in question was part of a “sun-faded vintage” collection. To me, it looks bloodstained with holes just about the right size for a rifle bullet’s entry wound (but I’m no expert). The company denies that was the intent and said through a spokesman, “The red stains are discoloration from the original shade of the shirt and the holes are from natural wear and fray.” I work in corporate communications, and there is an outside chance that nobody noticed — some businesspeople aren’t terribly bright.

However, a few noticed and immediately went into bitching-and-moaning mode — not least of which was the crowd at Kent State itself, where in May 1970, four students were shot dead by the National Guard.

“We take great offense to a company using our pain for their publicity and profit,” said Kent State spokesperson Emily Vincent. “This item is beyond poor taste and trivializes a loss of life that still hurts the Kent State community today.”

The company, which showed all the spine of a jellyfish, forced a spokesman to say, “Urban Outfitters sincerely apologizes for any offense our Vintage Kent State Sweatshirt may have caused. It was never our intention to allude to the tragic events that took place at Kent State in 1970 and we are extremely saddened that this item was perceived as such.”

So let me buy it, please!!! You see, I refuse to forget that before Ferguson, Mo., and before Rodney King, there was Kent State and Jackson State. Those were two places where the United States government killed its own kids for exercising their right to free speech and assembly. Four dead in Ohio, two in Mississippi.

I am saddened I can’t buy one and wear every May from now to the day I die to remember Jeffrey Miller, Allison Krause, Sandra Scheuer and William Know Schroeder. And if they would make one for Jackson State, I’d buy one in memory of Phillip Lafayette Gibbs and James Earl Green who were killed there just 11 days later.

Unlike Ms. Vincent, who I am sure is a charming woman with a heart of gold, I am old enough to remember 1970, and for that reason, I don’t have to Google who died — I remember their names. I learned them shortly after I learned that seven times seven is 49.

That year, Richard Nixon had just decided that the war in Vietnam was so good it should be expanded to include Cambodia. There are thousands of extra names on that wall in Washington, D.C., because of that move. But, of course, we had to send the youth of America to die in Southeast Asia or those countries would go communist. If we didn’t fight them there, we’d have to fight them in the USA. (Fact: U.S. trade with Communist Vietnam last year was worth almost $20 billion, and there are no communists to speak of in America).

There were demonstrations against Tricky Dick’s move (and LBJ’s equally stupid policies before), and some turned violent. It got to the point that if you were going to protest, you could expect people with tear gas and clubs to rebut your arguments. At Kent State, some of the protesters burned the ROTC building to the ground — for those of you under 40, that is the Reserve Officers’ Training Corps, sort of brass hats in training. The National Guard was called out in response. The governor turned up and threatened martial law.

When a general (who showed his bravery by fighting American college kids rather than the North Vietnamese) demanded that a protest end and it didn’t, the Guardsman physically pushed the protesters back. Investigations have been botched, and so it is hard to say what happened next, but it seems an order to “ready” was given followed by shots from the Guard. No one has ever been prosecuted.

Things had gone so crazy they were shooting white, middle-class kids.

A similar protest occurred at Jackson State, one of America’s historical black colleges, on May 15. It, too, got out of hand, and 75 police units turned up to disperse a crowd in front of a women’s dormitory. The authorities claimed a sniper on one of the upper floors was firing at police when they returned fire — the FBI investigation afterward said that was bull. “FBI investigators estimated that more than 460 rounds struck the building, shattering every window facing the street on each floor. Investigators counted at least 160 bullet holes in the outer walls of the stairwell alone bullet holes that can still be seen today.”

Since then, I have watched (in amazement and disbelief) as the U.S. has stupidly invaded places that were as much a threat as Cambodia was in 1970: Grenada (to protect our strategic nutmeg reserve), Panama (to cover up the fact that the drug-runner president of that place was a CIA stooge), and of course, Iraq (any sign of those weapons of mass destruction?).

So, no, Ms. Vincent, I reject the idea that the sweatshirt in question trivializes what happened on your campus more than two decades before you matriculated. It commemorates part of American history that, if we do not remember, we may repeat. Instead, what trivializes those horrible events is skipping over the fact that they happened.

And if Urban Outfitters won’t sell me one, I may go into the business myself making those shirts. You can sue me for copyright infringement, which will at least force us to tell our kids the story. It will remind this generation of Americans just how stupid their forebearers were. What kind of idiot politician shoots voters and taxpayers? 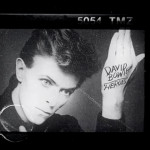 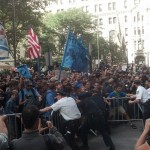