OK, we get it. People are mean.

Can we finally be done with the “Walking Around NYC” thing? It’s surpassed the Ice Bucket Challenge in shameless self-promotion.

If you aren’t sure what I’m talking about, a couple of weeks ago, a feminist decided to walk around New York City for 10 hours and record all the catcalling and lewd remarks from men on the street. A feminist walking around for 10 hours? Ouch, right? Hope she wasn’t in heels. Watch her video here. (Incidentally, I love that man at the 0:55 mark who wishes her a good morning, and then blessed day. Men are pigs.)

Anyhoo, the video showed us something very important: That is not OK to say hello to a stranger. In fact, it’s damn near harassment. The video also gave way to some rather awesome parodies, like “10 Hours of Princess Leia Walking in NYC.”

The video has also spawned some rather misguided attempts at exposing the meanness of the world. Like this kid, who did “3 Hours of Walking in NYC as a Homosexual.” Watch it here:

OK, clearly this kid did not think this through very well. But Jesus, where to be begin?

First of all, we really don’t go by “homosexual” anymore. Much like how we don’t care for it when our somewhat bigoted aunt refers to our lives as our “lifestyles.” It’s just sort of outdated at this point. Secondly, the full video is called “3 Hours of Walking Silent Walking Though All Areas of Manhattan, Dressed as a Homosexual.” In the interest of full disclosure, I am gay. I know tons of gay people in the city where I live and in cities all over the country. I know NONE that dress like that. Super-tight orange pants and a T-shirt that scoops practically down to your navel? Honestly, again, I’m gay, but I’d be tempted to hate-crime you. And why on Earth did dressing like a homosexual include carrying a Victoria’s Secret shopping bag? What does that even mean? And why carry it long-side out? You look like Betty Draper.

Lastly, I am sorry you had to hear some ugly stuff. But I am pretty sure a few of those people were actually just trying to be nice (mark :42, and :59). Frankly, your pants were a little too tight. That can cause a variety of health problems, from poor circulation to low sperm count.

I guess my point is, what the hell were you thinking with this “social experiment?” The kid in the video seems more geared toward provoking people than actually proving any points and producing any solutions. But, provocation and baiting people makes for good video streaming, I suppose. Am I being too hard on this kid? Perhaps. I’m sure he got high marks for his video in whatever class this was for. But I’m still not sure it was a good idea.

So, kid, thanks for the attempt, but maybe you should sit this round out? 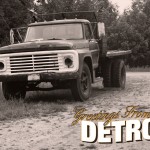 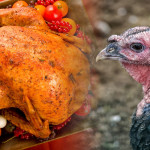