When the South Napa Earthquake struck last weekend, it served as nasty reminder to Northern California residents: The earth can shake anywhere at any time with very little warning — if any.

It also served as a wake-up call to state and federal lawmakers about the need for an early-warning system throughout the state, comparable to ones that are already in place in other seismic areas of the world.

Californians are desperately unprepared for “The Big One,” a magnitude-8.0 or larger earthquake that scientists have been warning about for years. Such a quake has been called “inevitable” and can hit anywhere in the state, geologists say.

Yet few residents have put together an earthquake-preparedness strategy, and even fewer are financially prepared for the substantial damage that can occur to property following a seismic event. According to Businessweek, only around 10 percent of Californians purchase earthquake insurance, even though the region is notorious for shaking.

The reason: High premiums and high deductibles. Earthquake insurance is sold separate from home owner’s insurance, flood insurance and others. Tacking on earthquake insurance can cost home owners upward of an extra $1,000 per year, an expense many shrug off given the infrequency of strong earthquakes coupled with the seismic retrofitting of many buildings.

The City of Napa is one of several to have passed ordinances requiring the remodeling of older buildings so that they could withstand the impact of an earthquake. Not all businesses complied with the ordinance, and some that did have had to close because their neighbors sustained structural damage from Sunday’s earthquake.

Molinari Caffe is one of those businesses. The building housing the coffee shop was seismically retrofitted under the ordinance, but an adjacent building that suffered heavy structural damage from the earthquake was not.

“It just sucks that we do everything right, but then we are forced to deal with someone else who breaks the rules,” business owner Rick Molinari told the local newspaper.

“This (the building next to Molinari Caffe) was one of the buildings that refused to be retrofitted and it’s unfortunate,” city official Barry Martin told the newspaper. “We had been trying to get this building owner to understand the importance, but we just couldn’t. It is a shame that other places are feeling the effects.”

Dozens of residents were also woefully unprepared for the earthquake when it hit on Sunday. Napa’s Queen of the Valley Medical Center announced on Monday it had treated and released more than 200 patients who sustained bumps, bruises and lacerations both during the quake and while cleaning up damage.

At least half a dozen people received critical injuries, including one teenager who sustained a fractured pelvis. According to media reports, the teen was having a sleepover with friends in his living room when the earthquake hit. When the shaking started, the teen tried to move to safety, only to wind up injured after a brick chimney fell on his back.

That injury and others could have been prevented if Californians had better access to an early-warning system for earthquakes. Researchers already have such a system that is capable of providing a 10-second alert before the ground shakes (it worked on Sunday), but those alerts are confined to the laboratory for now.

That’s because California lawmakers are still trying to figure out how to come up with $80 million to fund the development and rollout of a state-wide warning system. A bill signed last year by Gov. Jerry Brown ordered the state’s Office of Emergency Services to find sources of funding, but so far the agency has come up empty. 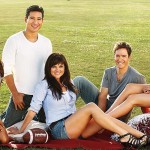 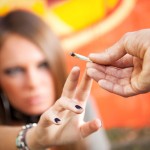