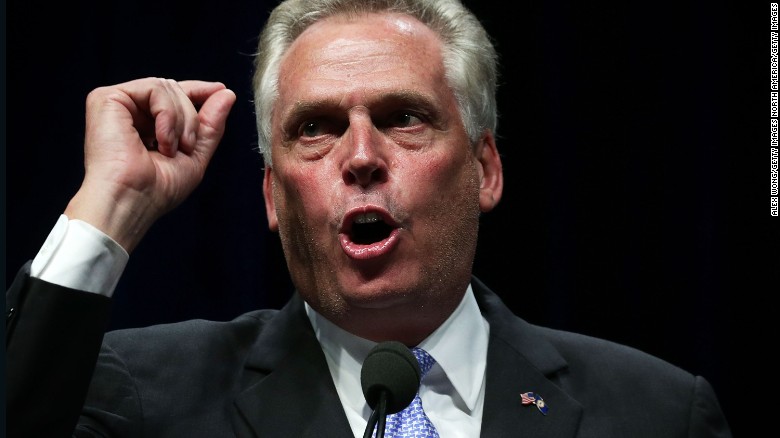 The race for Virginia’s governorship came down to whom the voters hated least. On the right, the Republicans ran Ken Cuccinelli, a social reactionary who would have felt quite comfortable in Franco’s Spain. The Democrats ran Clintonista Terry McAuliffe, who was part of the triangulating, everything’s political crowd that annoyed the right and most of the true progressives in America. Adding a certain spice to the mix was Libertarian Robert Sarvis. In the end, McAuliffe barely won with just 48% of the vote.

The pundits are trying to figure out what this means for national politics, and I can save them a great deal of time. Because of the horribly flawed candidates, the experiment failed to produce a meaningful result. It’s disappointing, but even real scientists (not just political scientists) have a lab procedure that doesn’t tell them anything every once in a while.

In theory, Virginia is an emerging bell-weather state. Demographically, it looks a great deal like the nation as a whole. It has more African-Americans than the country as a whole and fewer Hispanics, but by and large, the state has the same kind of mix by ethnicity and by age as the rest of the country. In addition, there is a very independent-minded bunch of conservatives down in the southwest part of the state that doesn’t mesh well with the northeastern liberals around Washington — a microcosm of the North-South divide in the United States.

However, Cuccinelli, McAuliffe and Sarvis managed to spoil the experiment with their personal foibles. Of course, it wasn’t their job to provide a clean experiment; it was to win the election, so I am not blaming them. However, a worse trio of candidates for such an experiment would be hard to find.

Cuccinelli is a social reactionary who ran as a social reactionary. His views belong to a different century (I can’t decide whether that century is the 16th or the 17th). He denies climate change. He insists on no rape or incest exception in abortions. And he thinks oral sex between consenting adults should be illegal — he defends the state’s Crimes Against Nature law. He even wants to limit divorce.

All of this would be OK if it were part of a platform buried at the back, and if the candidate ran on economic issues. Instead, he opted to run on these other issues to “gin up the base.” Newsflash — the base is not a majority. Elections are won in the center, and centrists were turned off.

Still, McAuliffe won by less than 3%, and he failed to secure a majority. That is saying quite a lot; in a race against a clown like Cuccinelli, McAuliffe failed to get a majority of the votes. That is a lousy candidate by any measure. To find out why, you only need look at his memoirs, which came out about six years ago. He writes of the night his daughter Sarah was born: “I was trying hard not to appear restless, but I am not one to sit still for long and soon I was going stir-crazy, which drove Dorothy [his wife] nuts. ‘Isn’t there something you need to do?’ she finally said. I told her The Washington Post was having a party that evening for Lloyd Grove, who wrote the ‘Reliable Source’ column. ‘Go!’ she said. ‘You’re like a caged animal here. I’ll call you if I need you.’ I went flying out the door and drove to the party.”

Or when his son Peter came into the world, he stopped on the way home from the hospital (wife and child in the car) to work the room at a Democratic fundraiser. “We got to the dinner and by then Dorothy was in tears, and I left her … and went inside…. I was inside for maybe fifteen minutes, said a few nice things and hurried back out to the car … I felt bad for Dorothy, but it was a million bucks for the Democratic party.”

The key to success in politics is connecting with the voters at a very primal level. This guy can’t even connect to his wife and babies. No wonder he had trouble with women — the largest voting group in the state.

As for Mr. Sarvis, he was not a bad candidate, but rather was the flag-bearer of a doomed third-party effort. I used to be a dues-paying member of the Libertarian Party, so I have had some experience with how this goes. As the GOP nominee, I think he could have won. But on the Libertarian line, his 6.5% was astonishingly good, but not enough by a long way.

There are many who will say he was a spoiler and that if he hadn’t run, Cuccinelli would be governor-elect this morning. Perhaps, but people who vote Libertarian are not going to vote automatically for the GOP if there isn’t an L running. Some will stay home, some will vote for another minor party, and some will even go to the Democrats because of issues like oral sex and divorce.

There was a lot we could have learned about the future of American politics based on the Virginia experiment. Unfortunately, the lab work went all wrong. What we learned from Virginia is actually not anything at all. 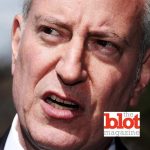 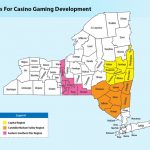