Since its inception, I always believed in Vine. Like its parent company, Twitter, a strict six seconds to get your message out seemed to me like a great way to force people to be creative with their time. Having a strong background in advertising, I couldn’t wait to see how people would turn their limited time into masterpieces, and I wasn’t disappointed.

In the beginning, there was a flood of entertaining and thought-provoking works on Vine, but as time passed, the medium started to become stale. Sure, like everyone else, I, too, love a good pug video to help get me through the day, but before long the lack of substance was overwhelmingly depressing.

I’m always a fan of the underdog and having had a longstanding love/hate relationship with Instagram long before Vine was available, I had high hopes for the service when it hit the app store. I posted and tried to add other creative on a daily basis, but at some point, it seemed as if everyone hit a wall at the same time … the same old videos would just be reenacted by others over and over. Even the commercial use of the app was starting to fade, leaving open the question: Why did people abandon the service the way that they did so quickly?

The easy answer could be that the learning curve for the average person to make a polished video for Vine was too steep. The people who immediately flocked to the site most likely had an interest in or some sort of video experience and saw this as a new outlet to show off their talents. What most people did not realize, however, was that there were no editing capabilities, and you had one shot to film your subject in real time before posting it for the world to see. There were no second takes, no chance to polish your work and combined with the time constraints, people in the creative community who should have excelled at the social media outlet just did not feel comfortable showing raw works.

Reenter Instagram, which had time to learn what people really wanted from their video uploading experience by watching Vine mature. Instagram more than doubled the length of time of the videos you could upload to its site. And even more importantly, it gave users the ability to upload videos to the server directly from their camera roll rather than have to shoot it raw and hope for the best like Vine had expected us to do. By having the ability to upload videos directly from your phone, it also made it possible to edit the videos before posting them. So right off the bat, both semi-professionals and commercial studios took the Instagram app to the next level while exposing Vine’s many faults.

In an effort to stop the bleeding, Vine finally decided to lift some creative restrictions this week by allowing users to upload videos directly from their camera rolls, similar to the way Instagram does. Although the videos still remain at a six-second maximum on Vine, giving people the ability to edit before uploading their works should help the app generate higher-quality content, but is it too little too late?

Social media outlets have a way of generating strong brand loyalty once a reputation is built, leaving second-place companies in the dust. It is not uncommon for pioneering ideas to be tweaked by the competition and come off as more successful. Facebook did it to MySpace, WordPress did it to Blogspot, and now Instagram is doing it to Vine.

In the end, what does it all matter? Thanks to the endless ambition of technophiles, it is only a matter of time before the latest contender in the socialization of video content is introduced to the masses. It would be great to see a shift where Vine finds a way to outlast Instagram, but at this point, it is highly unlikely. Hopefully the strides that these two companies have made pave the way for the next big idea in social media, but until then we can all be happy that the movement is at least heading in the right direction. 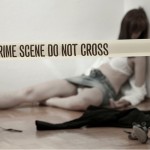 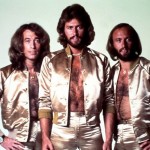