In 2013, a federal court sided with Verizon, throwing out the FCC’s so-called “Open Internet Order.” Within months, companies like Verizon and Comcast began slowing down — or “throttling” — Internet traffic to some of the web’s most-popular services. One of the biggest companies impacted was Netflix, which accounts for more than 30 percent of the online traffic in the United States. Before the Open Internet Order rules were tossed, customers had very few complaints about the service; following the court order, Netflix movies and TV shows were almost unwatchable.

Read more: Where Does Comcast Really Stand on Net Neutrality?

Netflix was eventually forced to enter into paid arrangements with Comcast, Verizon, AT&T and others in order to bring its service quality back to pre-2013 levels. While doing so, Netflix slammed ISPs for creating a “play to pay” scenario, warning the FCC that if stronger “net neutrality” rules were not adopted, it could create an environment where domineering ISPs like Comcast and Verizon showed preferential treatment to paying services like Netflix while choking out smaller startups, effectively stifling innovation.

On Thursday, FCC Chairman Tom Wheeler appeared to agree. In an op-ed published on Wired.com, Wheeler said after much reflection he would submit a set of proposals to the FCC board that, among other things, would re-classify broadband Internet as a public utility on par with telephone networks.

“We believe that this step addresses any limitations that past clarification decisions placed on our ability to adopt strong Open Internet rules, as interpreted by the [federal court decision] in the Verizon case last year,” the FCC said in a four-page summary of Wheeler’s proposals on Thursday.

In other words: The core gain from Verizon’s lawsuit against the FCC is about to be undone by the same agency. And Verizon has no one to blame but itself.

That hasn’t stopped Verizon from criticizing Wheeler and the FCC on its recent net neutrality proposal. In a statement released Thursday, Verizon executive Michael Glover said the FCC’s proposals would yield unnecessary regulation on broadband ISPs that were both “unnecessary and counterproductive.”

“It is unnecessary because all participants in the Internet ecosystem support an open Internet, and the FCC can address any harmful behavior without taking this radical step,” Glover said.

Ironically, the FCC had the power to “address … harmful behavior” until Verizon successfully sued the agency in 2013.

Under the proposed rules, mobile companies would generally not be allowed to discriminate against Internet traffic and services with paid prioritization or other arrangements in a way that would be harmful to consumers. This would prevent things like AT&T’s “sponsored data” program while allowing T-Mobile’s “Music Unlimited” offering to continue — under AT&T’s offering, companies pay to exempt their traffic from counting against a customer’s data allotment. T-Mobile has a similar arrangement with nearly two dozen music services, but it does not charge them or consumers for the benefit.

Even though the proposals are largely seen as wins for consumers and service providers — established and startups — Verizon is still claiming that Wheeler’s proposals will stifle innovation through bureaucracy.

“Heavy regulation of the Internet will create uncertainty and chill investment among the many players … [who] will now need to consider FCC rules before launching new services,” Verizon’s Glover said — without elaborating on how the regulations would “chill investment.” 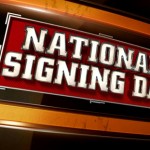 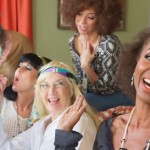