So this is one of those really disturbing situations.  A woman in a vegetative state for ten years recently gave birth this past December.  More than 10 years ago, she nearly drowned and has been in a vegetative state ever since.  She has been at the Hacienda HealthCare facility in Phoenix, Arizona.  But somehow (well, not somehow), she became pregnant last year and gave birth on December 29th.  Clearly, something is very wrong with this care facility.  The woman’s family and tribe is rightly horrified.  But police want DNA samples from every male employee at the facility. That will be interesting.

FACILITY VOWS TO COMPLY WITH POLICE INVESTIGATION, DNA TESTING OF ALL MALE STAFF

Hacienda HealthCare is taking the careful, compliant path saying, “We will continue to cooperate with Phoenix Police and all other investigative agencies to uncover the facts in this deeply disturbing, but unprecedented situation.”  Well, you damn betcha.  Your facility allowed someone to impregnate a vegetative woman in your care.  This has made just a few people really upset.  Actually, this upsets anyone who hears about it.  This should have remained fiction, like the horrible sequence in Kill Bill 2. It involved a man, Buck, who…. who drove a misogynist’s truck.  But no, this is real. Somehow, this is real.

So this story will continue as the investigation continues and the outrage builds.  The 29-year-old woman who is now an unwitting mother is part of a larger community.  So that became clear when officials from the San Carlos Apache Tribe announced that she is an enrolled member.  The tribal chairman Terry Rambler said, “On behalf of the tribe, I am deeply shocked and horrified at the treatment of one of our members.”  And a lawyer representing the woman’s family issued a statement confirming their outrage over the “neglect of their daughter.”  They have asked for privacy during this impossible time.  The baby boy is part of a loving family and will be “well cared for.

We’ll see what the DNA testing finds…. So what do you think? Is this part of a bigger problem? But what can we do if it is? There might be a lot to clean up. 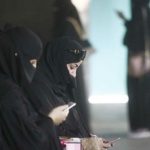 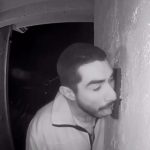