You know what I hate?

Most everything about the Values Voter Summit, that convention of crybaby Mike Huckabee stunt doubles, blame-gays-for-everything-wrong-with-America conservatives who can’t see past their own pleated pants and self-righteousness to grasp just how ridiculous they are.

The summit just wrapped on Sunday, and while I didn’t have the wherewithal to debate these people face to face (arguing with them would be both exhausting and futile), I’ll just make fun of them here. And, for your viewing pleasure, I’ve summed up the convention’s greatest hits for you.

Let’s start with those idiot Christian conservative bakers in Oregon. Yeah, they were there. You know the ones, they thought a good business model for hocking their cupcakes would be to not take money from people trying to give it to them. Owners Aaron and Melissa Klein, who are all caught up on rightwing Christianity but could use a refresher on capitalism, took to the podium for a teary talk about refined sugar and martyrdom. They recalled closing their beloved Sweet Cakes bakery after they were hit with $150,000 lawsuit for refusing to bake a cake for a gay wedding.

Oh, I see. She loves baking. But, she hates gays more. So, you can see the dilemma she faced.

Well, enough about them. Let’s move on to that rightwing blowhard Erick Erickson from RedState.com. He took on evolution.

Did you hear that subtle jab against the show “Cosmos?” I mean, who picks on Neil deGrasse Tyson? Besides having those pesky facts on his side, he’s just so smart and lovable, like if Bill Cosby and that cool teacher we all had in middle school had a baby. Beyond that, Erickson goes on with some heavy-handed message on love. Charming, especially coming from the man that called First Lady Michelle Obama a “Marxist harpy” and Supreme Court Justice David Souter “goat-fucking child molester.”

And then there’s Sarah Palin, who went after the flagrant falsehoods found at 1400 Pennsylvania Ave.

Wow. I mean, I know the brunch at the Willard Hotel, located at 1401 Pennsylvania Ave. was outrageously overpriced, but did it deserve its own mention at the summit? Guess so. When will this woman hire a speechwriter? Moreover, when will she ever stop speaking generally?

And let’s end with one of our favorite targets, former Arkansas Gov. Huckabee. It’s true we often go after Gov. Widebody for his ridiculous statements. We’ve done it here. And here. Oh, and here. But he keeps saying stupid things. Like this little gem from the weekend’s summit:

First of all, that’s just lazy writing. The telephone/God thing has been done over and over. Secondly, if forced to use metaphor, I’m sure it’s Mike Huckabee’s calls that are going to God’s voicemail, not the other way around. He ends with, “Let’s answer the phones in our hearts.” I’ll wait a moment while you roll your eyes back into the forward position.

So, if you kept score, they hate baking cakes for gays, evolution and the historic Willard Hotel. No wonder God’s not taking their calls. 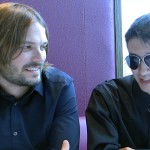 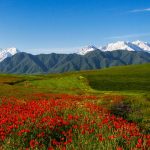