COVID-19 VACCINE COULD MAKE WAVES, UP TO 500,000 DEAD SHARKS FOR PRODUCTION

So much for jumping the shark.  This is more like, depth charging the shark all over the world.  And no, I don’t particularly like sharks.  Jaws came out when I was a kid and so I saw it as a kid.  They scare me.  But they should.  They are one of the most efficient designs of evolution our humble planet has ever seen.  Well, along with crocodilians and cockroaches.  But sharks have an unexpected vulnerability.  Covid-19.  Well, no, not the disease and infection, per se, but the Covid-19 vaccine itself.  The world may see an extra 500,000 dead sharks, dead from the vaccine itself.

So why? Is this like the vaccine hits the environment, the environment changes, and sharks die?  Well, no, of course not.  Or, at least, that particular reality hasn’t yet breached containment from a biological lab in the US.  Or Wuhan, for that matter.  But there will be dead sharks in he numbers regardless.  And the reason is, shark livers.  Shark livers are a key component to rushing a vaccine to market as fast as possible.  Well, an oil scientists are able to derive from shark livers, anyway.  But as you know, there is a dead heat sprint all over the world to create a safe (hopefully) Covid-19 vaccine.  And sharks just became pubic friend number 1.  And that will make them dead sharks.

So what is this oil that comes from dead shark livers?  Squalene.  But, oddly enough, that makes me remember where I first heard about squalene.  It was a Jack Reacher novel, by Lee Child.  And because of that, I already know (and confirmed) that squalene is also something that humans produce.  Yes, in our livers.  We secrete it at various spots over our body.  But you know it as that oil on the corners of your nose in the morning.  And besides being the best substance to lubricate old-school watches, it’s also a key ingredient to making a Covid-19 vaccine.  Humans already kill 2.7 million sharks a year, mostly for cosmetics. 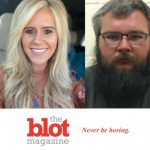 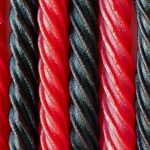