Dear Upchuckworthy: I am not removing the word crazy from my vocabulary, and your list of alternative words that is circulating Facebook is asinine.

In fact, if anyone used the alternative words on your chart to form sentences, they’d end up sounding either like a person with some sort of mental disorder or like someone who doesn’t speak English and is relying on an online translator. Here’s an example using the words you’d like us to eliminate from our vocabulary followed by your alternatives:

Your alternatives are ridiculous! And when I say “ridiculous,” I mean “ridiculous” not “retarded.” I would never call a person with a learning disability or a mental disability “ridiculous.” You made that equation with your chart. “Ridiculous” is an adjective, and according to the Oxford Dictionary, means: deserving or inviting derision or mockery; absurd.

How can “unruly,” which is an adjective, be an alternate word for the noun “madhouse”? Madhouse is one word, by the way, but I’m not calling you “awful” (refer to the above Upworthy chart for reverse translation of “awful”).

And “dismantled?” Do you even know what the word means? I’m not insinuating that you are “bad” (see chart for reverse translation of “bad,” which is usually misused for “stupid”), but “dismantled” is the past tense of the verb “dismantle,” which, according to respected dictionaries, means taking apart, destroying, stripping of coverings or equipment. “Crippled” has an entirely different meaning.

“Crippled” can be used to refer to something that is damaged. The word cripple in Old English is cripel and has been used since before 950 A.D. “Cripple” (noun, referring to a person) became pejorative in the 1900s. I don’t know anyone under 80 who would call a disabled person “a cripple,” though I’m sure some jerks still do (I mean jerks, not psychos). Often when people use the word crippled, it is a hyperbole for pain or hobbling from an activity. Some of us fondly remember being crippled from sex during our university years. I do. Crippled is also used to describe being hampered by something such as debt. “Crippled” is not interchangeable with “dismantled.”

CRAZY (adjective) 1. a: full of cracks or flaws: unsound <they were very crazy, wretched cabins — Charles Dickens> b:  crooked, askew

The origin of “crazy” is “craze,” which the Oxford Dictionary says is: Late Middle English (in the sense “break, produce cracks”): perhaps of Scandinavian origin and related to Swedish krasa “crunch.”

That crazy bus drove by me in Peru. When I say it is a crazy bus, this has nothing to do with a person with a malfunctioning noodle, but has to do with the bus’s state of disrepair — its cracks and flaws. Some of my friends questioned my sanity for renting a jeep and driving across Peru. They called me crazy. That’s a different use of the word. I like being called crazy. And I love it when the executive publishers and editors at Travelers’ Tales call me the Canadian lunatic. Lunatic (fantastic word), thankfully didn’t make it onto your crackpot chart of ridiculous alternatives. Lunatic, by the way, is a synonym of crazy, unbelievable is not.

Here are the second and third definitions of crazy from Merriam-Webster:
2. a :  mad, insane <yelling like a crazy man>
b (1) :  impractical <a crazy plan> (2) :  erratic <crazy drivers>
c :  being out of the ordinary :  unusual <a taste for crazy hats>
3. a :  distracted with desire or excitement <a thrill-crazy mob>
b :  absurdly fond :  infatuated <he’s crazy about the girl>
c :  passionately preoccupied :  obsessed <crazy about boats>

Here is a picture of a psycho. Psycho is not a technical term.

Psychos are beyond jerks. Jerk (informal, noun) means obnoxious. Some psychos might also be jerks but some seem nice until their psycho tendencies explode in your face. I met a woman who briefly dated Canadian serial killer Paul Bernardo. She said he was fun and friendly, seemed like a nice guy. She dated Bernardo before he was dating Karla, his psycho wife.

When people use the word psycho, they’re usually referring to someone with extreme or even violent behaviour. Do we really care if Paul Bernardo and Charles Manson are offended by this? I don’t. 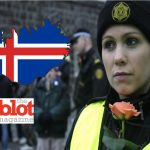