With the nights getting cooler, the produce in my weekly box from Farmer Tom at Covered Wagon is changing. No more sweet corn and cucumbers. Instead, I’m getting more eggplant, potatoes and peppers of all kinds.

It’s one of the reasons I signed up for a CSA (Community Supported Agriculture — or the system in which one pays a fee up front in early spring in exchange for a regular box of locally grown fruits and veggies): learning to eat seasonally. The availability of strawberries no matter the weather outside is a relatively new concept. A century ago, people ate what was in season, preserving what they could to get them through the long winters most of the country endures.

The other reason I signed up? The “Chopped“-like challenge of picking up a box of food I hadn’t chosen and figuring out what to do with it. This week was no different. The box contained peppers, broccoli, a red onion, a white onion, shallots, kale, collard greens, potatoes and several kinds of peppers — poblano, Thai long hots, cherry, jalapeño and bell. It also included one tomato, likely the last of the summer.

Late Friday, I got home from work and started thinking about what I could make. I decided that I wanted to do something special to showcase that last tomato. I had peppers and red onion and, luckily, limes in my fridge. We were in business. It’s hard to screw up salsa. Finely chop (or use a food processor, if you’re fancy) a bell pepper, a red onion, tomato and jalapeños. Don’t worry too much about amounts. Add lime juice and a little olive oil. If you’re not one of the unfortunate few who think it tastes like soap (I am, so I skipped this), throw a handful of chopped cilantro leaves in there, too. Refrigerate at least an hour and then serve with tortilla chips. I wish I had tasted a little more as I went. I ended up using two jalapeños, and my salsa was pretty spicy. I added a dollop of Greek yogurt on top to take some of the zing out and promptly ate the whole bowl by myself. I regret nothing.

I’m not what most would consider a picky eater. I like Brussels sprouts, especially when roasted with bacon and butter, fresh beets (and fresh beats, too, now that you mention it!), mushrooms, squash of all types. But greens aren’t my favorite, especially when they’re cooked. So what to do with the kale in this week’s share? My first thought was to make kale chips in the oven. There are plenty of recipes out there. But there’s a mighty fine line between “crispy” and “burnt” for kale chips. So I changed gears, thanks to some inspiration from Epicurious. I punched kale and potatoes into the site’s recipe finder and got inspired by a few versions of kale and potato soup. The one that turned up was was a little heavy on the calories, so I searched a little more and settled on a recipe from Food & Wine. I added carrots because I traded with a friend — carrots from her garden for some of my hot peppers from Farmer Tom.

Other than that, I followed the recipe pretty closely. But I will give you a couple of tips for the kale. One: Remove all the stems and ribs you can. I’m serious. Separate the leaves from that center rib, but also from the little veins that radiate from the middle. Use your hands for this. It’ll take a while, but it’ll help keep the kale from having an unappetizing texture of cooked, stringy stems. Two: If you’re getting the kale right from the farm (or even bagged at the grocer), it’s best to run it under some cold water and pat dry. This will ensure you get all the grit off it. And three: Rub the kale with a tiny touch of olive oil, salt and pepper before cooking. This will help bring out the flavor of the leaves before you cook it. (Follow these tips to eat kale raw, too.)

The best of the rest

I’m using most of the rest of the produce this week pretty simply. The broccoli I’m going to cut up and eat raw while binge-watching “The Newsroom.” I’ll throw the bell peppers into my scrambled eggs in the morning and serve both over a bed of sautéed potatoes. The collards I haven’t quite figured out yet. I was going to sneak them into some chili but I chickened out. Any suggestions? 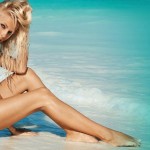 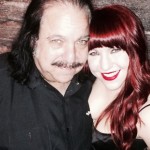