It’s getting close to midnight at The Slipper Room in New York’s SoHo neighborhood. On stage, Pinkie Special is doing a go-go routine in a sparkly bra-thong get up, with dollar bills sticking out of both. Some of them got there via the teeth of a goofy George R.R. Martin-looking dude; a hefty regular who the emcee lovingly calls “Fat Mike” is responsible for a few others.

A young Eastern European woman wearing a birthday tiara musters the courage to approach Pinkie with her singles. Pinkie sees the tiara and invites the tourist on stage to dance with her, hoisting her up in front of a cheering audience of 40 that is about equal parts men and women. The ladies on stage start shaking their hips to the music, but Pinkie thinks this tourist might be down to go further. Whispers are exchanged between the two. With a sly smile, the tourist looks over her shoulder at the anticipating crowd and, ever so cautiously, lifts her white blouse up a few inches … exposing the black undershirt beneath it.

Blushing from what was probably her first experience in voyeurism, the birthday girl quickly hops off the stage back into relative anonymity. Her new fans graciously give her applause, and Pinkie goes back to doing her thing until the next act is ready to begin.

When I asked the birthday girl why she chose a burlesque show that night, she told me she was originally looking for a male strip club, but her friends wanted to check out something different. They figured that they could see something at a burlesque show that they couldn’t find anywhere else. “This awakened the things going on in my head. The freaky stuff from my childhood,” said one of her friends, referencing a sword-swallowing act that featured full-frontal male nudity.

I wasn’t surprised by their change of plans. Burlesque shows in New York City are increasingly popular, especially with tourists from outside the country. At least according to James Habacker, who founded The Slipper Room in 1999 as one of the earliest neo-burlesque venues in the city.

“I think that the burlesque scene has gotten to the point where everybody who comes to New York are like, ‘Oh, I want to do something very New-York while we are here. Let’s do a burlesque show!’”

ght I was in the audience, it is still fascinating that in the past 20 years this art form has become a worldwide phenomenon whose roots are still active in New York City.

In the New York of the early ’90s, neo-burlesque began as performance art with social and/or political messages woven into the majority of the shows, distinguishing it from its historic roots in America and strip clubs at the time. The striptease, which is not necessarily go-go dancing, usually made an appearance onstage, often with the intent to deconstruct and attack symptoms of the patriarchy while embracing sexuality in its many forms. Today, variety shows are still common at venues that have the space to host them, like The Slipper Room or Brooklyn Bowl in Williamsburg, but some form of the striptease can be found at almost every neo-burlesque venue.

People of every gender/identity/orientation can be seen doing a striptease, but in the beginning, it was significant that the women who performed a strip act at a neo-burlesque show were not doing it to satisfy the male gaze, as is the more traditional intention. In fact, many of them were performing to challenge it directly.

Madame Rosebud is a regular performer at The Slipper Room who sees the go-go platform and striptease as opportunities to engage with the audience more viscerally than what she can do during a more tame act. “On the go-go platform, I get to be the most wild, crazy, spitting-on-the-audience, freak out, genderqueer, fuck you, gimp. I get to, you know, be myself,” Rosebud says. She describes her onstage personality as “sexually voracious,” best imagined as the “offspring of Iggy Pop and Jessica Rabbit.”

Despite neo-burlesque’s intent, its venues and performers initially struggled for acceptance in a world that pictured them in the same realm as strip clubs. This was an existential debate as well as an aesthetic one, as former New York City Mayor Rudy Giuliani’s crackdown on strip clubs in Manhattan began virtually at the same time as the birth of the scene.

“When we first opened in 1999 … the vice squad was showing up here, and I’m saying, ‘No, no, this is art. This is different,’” Habacker recalls. “They really came at us hard, and they padlocked us a couple of times. In the early aughts, it was tough.”

These days, it is less necessary for people involved in the scene to make this distinction. One reason for this is that — beyond an eclectic group of venues scattered throughout the city — there are burlesque festivals, magazines, a (pretty bad) movie starring Christina Aguilera, a lipstick line and a lingerie line created in part by Dita Von Teese, who has been a stand-out commercial success as a burlesque performer. The genre has proven itself both as unique and marketable to a broader audience, but this raises some mixed emotions from people who have been part of the scene since the beginning.

One of these advocates is neo-burlesque star Dr. Lucky, who began her performing career in the mid-’90s and now teaches a class called “The History of American Burlesque” at New York University. Her concern is that the mainstream has encouraged performers to jump toward classical burlesque, the peak of which was in the ’50s and is stylistically less concerned with a political message or diverse body types, because it is easier to get booked.

“There are definitely places for political performance art, but those are few and far between, they are dwindling,” she says. “It used to be where that was the norm, and pageantry was the exception, and that has been reversed.”

Madame Rosebud confirms this as she has noticed a change in the audience ever since The Slipper Room was rebuilt in 2012. “Sometimes it is amazing, and I can push that audience really, really far, and sometimes it’s a little more conservative and I have to reign it in a little bit.”

This change in atmosphere is significant, as neo-burlesque has never been not about the commodifying the art form or its performers: It is about allowing individuality (both internal and physical) to dominate a medium that has no room for judgment. Part of what has popularized neo-burlesque is that it is bold art form capable of celebrating the diversity of sexuality, particularly female sexuality, in a way that empowers both the performers and the members of the audience.

As Madame Rosebud pointed out, “(Neo)burlesque is about female-bodied people being rock stars. It’s like being Mick Jagger and David Bowie in a ball gown.”

Still, a female striptease that challenges the patriarchy relies on an audience that both yearns to and is capable of seeing it in that light. At this point, neo-burlesque could go two ways: either the influence of the mainstream audience pushes the performers towards a more traditional, male-gaze oriented burlesque or (and I am really rooting for this in light of recent events regarding feminism being back in popular debate), perhaps neo-burlesque can turn the tables and actually succeed in disarming the patriarchy at a small but vital level, even to the point of changing what “male gaze” actual means.

When I asked a 30something, pressed-Oxford shirt-wearing member of the finance community what he thought about the show at The Slipper Room, he gave a more considered response about burlesque in general.

“You know what this represents to me? Freedom of the soul.”

Was he referring to the partial onstage nudity or the artistic endeavor of neo-burlesque performers?

“Fuck the artistic endeavor. It’s all about them being exactly who they want to be,” he said in fervent admiration, adding, with a tone of self-deprecation, “I know who I am and who I want to be, and they are not always the same person.”

It is comforting to think that as neo-burlesque has matured and expanded, so has its patronage, either because of the art form or because of broader changes in society. Still, it is certainly true that any art form has the potential lose its social and political identity after being commercialized in the mainstream, and hopefully neo-burlesque evolves under this pressure to stay true to itself. The question is how will it?

Henry Latourette Miller is a contributing journalist for TheBlot Magazine. This is the first in a three-part series about neo-burlesque. 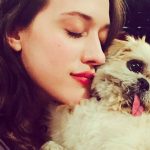 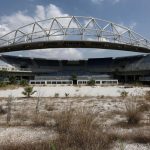