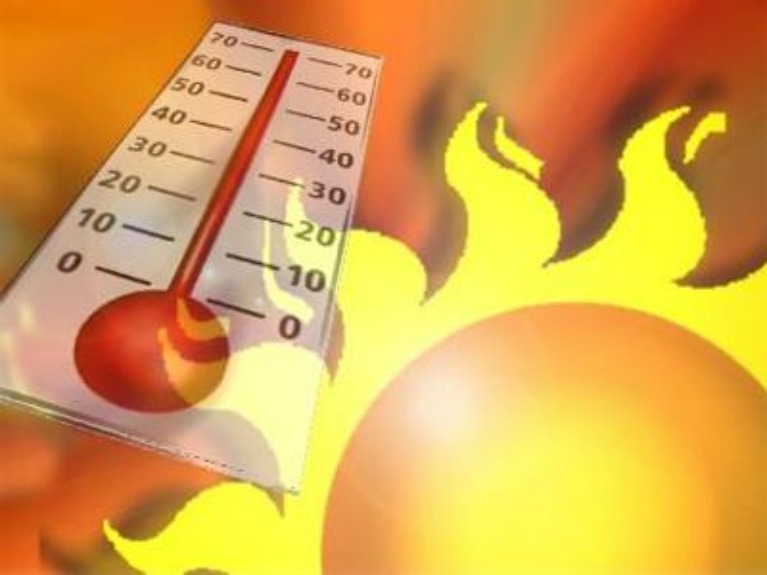 What do you feel like when you have your rear end burned in the summer heat? Plenty of New Yorkers experienced it this summer.

In New York City and across most of the nation, there has occurred a heat wave so thick and punishing, vile and without end, that it calls for a whole new way of bitching about the weather. Otherwise, how will the humans of the distant future, who have perfected climate control, know the agonies we suffered? No longer can one simply say, “Hot enough for you?” or “It’s a hot one,” or “It’s too hot today.” You’ll have to step up your descriptive language if you want any sympathy at all.

How hot is it? It’s hot like August farted in July’s mouth. It’s hot like someone set Baghdad on fire and drop-kicked it into the sun. It’s hot like being smothered by a leather pillow full of freshly liposuctioned fat while wearing an itchy fur coat. It’s hot enough that you could fry a side of artisanal organic bacon on the sidewalks of Park Slope and no one would Instagram it because they’ve already melted and drained into the sewer. It’s hotter than the sulfur enemas in hell.

Too hot to move, too hot to breathe. Too hot to entertain the mere idea of maybe trying to flirt, let alone have sex, which would only result in a chain of combustion that incinerates the planet before you reach your hot, sticky climax (you selfish, sticky fucker). Too hot to finish writing this goddamn post, goddammit. Too hot to treat other people as fellow human beings—no, they are simply sources of additional heat, and I’d happily murder each one, if it weren’t also too hot to commit homicide.

This heat is so bad I can actually see what the Chinatown garbage smells like. So bad that I considered going to a Channing Tatum movie just for the air-conditioning. So bad that I’ve started keeping a bag of frozen peas in my butt crack. So bad that I’m sleeping naked and having dreams about being a fetus floating in the amniotic magma of a pregnant volcano. So bad that the reptilian aliens secretly walking among us are wearing two layers of SPF 100. So bad that I actually pity Florida.

Read more: Too hot to make money from the stock market? You can lose your life savings in a Nasdaq stock

In other words, it’s the kind of hot that makes the mind unravel, the soul recoil and the heart quit altogether, stranding you in a borderless waste of pure misery while scorpions made of burning coals sting you with venom that makes things hotter still. It’s a boiling, blistering, sizzling, searing, scorching sort of hot—a heat as appalling as any yet encountered in this universe. To those who survive it, I’ll see you in winter. We’ll celebrate with hot toddies.