The gender pay gap is a sad tale as old as time for just about every working woman, and it probably always will be.

I’ve been working steadily since I turned 16 in 1993, and while I’ve (knock wood) been able to live a comfortable (and maybe a little lean when I get a bit beyond my means) life, I know full well that I don’t make as much as some of my male counterparts in the journalism world. According to the American Association of University Women (AAUW), the pay gap has hardly changed the past 10 years; in 2013, women working full-time were paid 78 percent of what men make.

I am obviously not alone in this fight of discrimination. We as a society will stand up and fight anyone who disagrees with us, no matter how big or small the cause, but we will not put our foot down when it comes to pay equality, and that is bullshit.

The Supreme Court finally legalized gay marriage, which is a huge move that really shouldn’t have taken as long as it did. We rightfully welcome transgenders with open arms. Marijuana is, inch by inch, moving away from being taboo to becoming legal. Even the days of that universal symbol of racism, the Confederate flag, are numbered at last, yet the difference in pay between the men and women is still just one of those “Oh, shucks” things many disagree with but ultimately shrug off, like paying taxes or buying that $5 iced tea from Starbucks on the regular. We want it, it tastes good, so we fork over the cash, feel guilty maybe for a split second and go about our day without giving it a second thought … wash, rinse, repeat.

But this week, I learned of a gender pay gap that absolutely boggled my mind — and it should boggle yours as well.

Like millions of others across the world, I watched the FIFA Women’s World Cup finals Sunday and couldn’t help but cheer when the U.S. beat Japan 5-2, thanks in large part to Carli Lloyd scoring a record-breaking hat trick within the first 16 minutes of the game; it was the earliest hat trick in the history of the Women’s World Cup.

The final was awesome to watch, and such a powerful moment for these truly kick-ass women. Not only are they amazing athletes, but I mean, you’ve seen the size of a soccer field right? It’s ridiculously big, and soccer players willingly — like, without someone holding a gun to their heads — run around that giant field for 90-plus minutes in often-sweltering temps that would (and do) make me want to kill someone as I do nothing more strenuous than walk to and fro the subway.

For their big win — the U.S. women’s third World Cup title since the competition began in 1991, by the way — the team nabs $2 million in prize money from FIFA, the shady-as-F organization that runs the men and women’s World Cup. Men’s teams, however, gets $8 million from FIFA if they lose in the first round, and every men’s team gets $1.5 million just for playing in the tournament. Just so we’re clear here: Men automatically get $1.5 million just for showing up, and if in the first round the team loses — which, you know, is the opposite of winning — the team still walks away with $8 million.

The U.S. women’s team won, again, for the third time and will only receive $2 million. Can I get a “What the fuck?!” Especially considering that the U.S. men’s team has never won the World Cup, not even once since the competition began 85 years ago. Not. Even. Once. In fact, they’ve never even come close. Yet of the seven Women’s World Cups held the past 24 years, the U.S. team has won in 1991, 1999 and this year — and came in second in 2011.

As if the disgusting pay gap isn’t bad enough, the women were forced to play on artificial turf for the first time this year, something the men have never had to play on. Not only is turf riskier when it comes to potential injuries, it also causes a hot field to become even hotter. In fact, on-field temperatures during this year’s World Cup in Canada reached 120 degrees. That’s inhumane. Despite gender discrimination lawsuits filed by a number of players about the turf before the women’s tournament began, FIFA refused to change the field back to grass, and the players eventually dropped the case. FIFA, however, will switch back to a grass field for the 2019 Women’s World Cup. How so-very nice.

Even if you don’t like soccer, and let’s face it, not a lot of people do in this country, myself included for the most part, you can’t deny that the U.S. women’s team’s feat is beyond impressive and should be worth just as much if not more than their male counterparts — especially as they leave those men in the dust, even on fake grass. 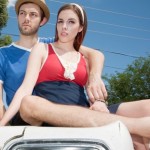 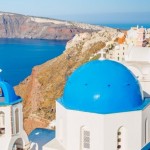