For almost a decade, the United States government surreptitiously collected the phone and Internet data of millions of people around the world under the secret authority of the Foreign Intelligence Surveillance (FISA) Court. As part of two separate programs, the National Security Agency collected the phone records of every American telephone subscriber and the contents of online communications from targets thought to be based overseas (some of which communicated with individuals in the United States) under the guise of thwarting terrorist attacks against the United States and American interests elsewhere.

For years, these programs and others were conducted without the knowledge of the American people, and often without Congressional oversight. The secrecy that surrounded the NSA’s data collection efforts afforded agents who misappropriated the information with a shield of immunity — and that shield even extended to the NSA itself when it was charged by the FISA court with exceeding its collection authorization on multiple occasions.

It wasn’t until last year when Edward Snowden, a former government contractor with NSA clearances, leaked thousands of classified documents to journalists that the American people were given an opportunity to opine and debate on the clandestine surveillance programs that were done in their name and without their knowledge. Though some scorned Snowden for his decision to blow the whistle on the NSA programs, nearly every politician questioned about them took it as an opportunity to encourage a healthy and robust discussion about protecting the privacy of the American citizens.

At a press conference last December, President Obama doubled-down on the assertion that the federal government was committed to striking the appropriate balance between homeland security and constitutionally protected civil liberties. “I’m taking this very seriously,” Obama told reporters, “because I think, as I’ve said before, this is debate that needed to be had.”

But in the months that followed the first disclosures of questionable NSA surveillance operations, government officials equally charged that restricting the spy programs would have a detrimental effect on homeland security. Sen. Dianne Feinstein (D-Calif.), chairwoman of the Senate Intelligence Committee, said the programs were crucial to thwarting terrorist attacks and did not count as “surveillance.” Michael Hayden, the former Director of National Intelligence, claimed American perception of secret spy programs would shift in the government’s favor following another terrorist attack. Even President Obama has defended the programs, assuring they are “transparent” and praising the intelligence community as “patriots.”

For American tech companies, many of whom were implicated early on for colluding with the intelligence community, the apparent double-talk from government officials has proven to be troublesome. Unconvinced that the government will see through surveillance reform, many have taken it upon themselves to ensure their customers are protected from the eavesdropping eyes and ears (and machines) of opaque government agencies.

Most recently, California-based Apple, Inc. announced that the newest release of its mobile operating system, which it makes freely available to its customers, would automatically encrypt text messages, photographs and other user data stored on its popular iPhone and iPad products. Apple’s chief competitor in the mobile phone industry, Google, announced a forthcoming release of its Android operating system would do the same (most phones running Android already have this ability, but few are thought to have taken advantage of encryption; going forward, the company says encryption will be automatic for every user). Unlike previous operating systems, both companies say they will not be able to remotely access data once it is encrypted — meaning neither company will be able to comply with law enforcement requests for user data.

This has made many government officials upset. Law enforcement agencies from across the country have criticized Google and Apple, saying the move to encrypt user data without providing police with a skeleton key into people’s phones and tablets could severely impact investigations into abductions, child pornography and — you guessed it — terrorism.

Outgoing Attorney General Eric Holder expressed such sentiment during his remarks at a recent cybercrime conference in Washington, D.C. “We would hope that technology companies would be willing to work with us to ensure that law enforcement retains the ability, with court-authorization, to lawfully obtain information in the course of an investigation, such as catching kidnappers and sexual predators,” Holder said. “It is worrisome to see companies thwarting our ability to do so.”

FBI Director James Comey took his criticism one step further, blasting Apple and Google for “marketing something expressly to allow people to place themselves beyond the law” and assuring that if the tech companies were not willing to collude with law enforcement agencies for remote access to user data, “Congress might have to force this on companies.”

But Comey also sought to appear fair-minded, calling on tech companies and the American public to afford the government “careful thought and debate” with respect to automatic data encryption.  Which seems reasonable — until one considers that law enforcement agencies and the intelligence community have, for years, shrouded their surveillance programs under a veil of secrecy that was shielded from any public knowledge or debate.

Through its criticism of Apple and Google, the government has shown its hand: There is no interest in striking a balance between civil liberties and national security if such balance interferes with the government’s ability to collect any data it wants for any reason at any time. And unless a company does something that runs contrary to the government’s mission of “collecting it all,” the topic is not up for discussion. 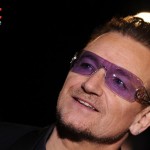 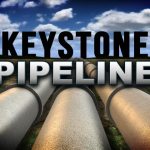