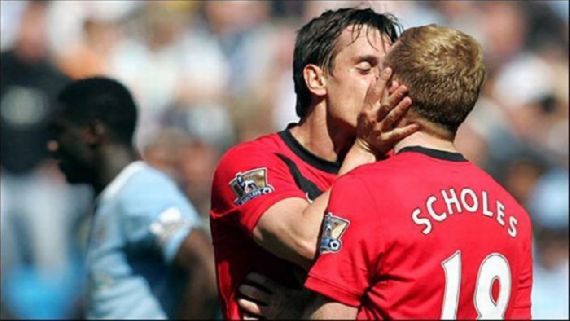 What’s in common between Aaron Rodgers and Aaron Schock – a football player and a politician? The answer is simple: They are both gay men. The year gave us a tale of two outings, and a tale of two Aarons. One a quarterback, the other a congressman.

Both were outed (or rather outed-ish) by other gay men claiming to know for sure the subjects’ sexual orientations. To be certain, the outings are lacking in hard proof and are really just hearsay and conjecture. Nevertheless, they happened. Aaron the quarterback was outed by a former trainer, claiming to be a scorned lover. Aaron the congressman was outed by former CBS journalist Itay Hod in a rather long Facebook rant.

First, let’s take Aaron Rodgers the quarterback. I think we can all agree, true or not, this was pretty low. Don’t get me wrong; this gay man would salivate at the thought of having a Green Bay Packers quarterback playing for our team. Do you know how much cred that would get us with the straights? Nevertheless, this, if it indeed is true, would need to come from Aaron the quarterback. A few days ago he told a Milwaukee radio station that he “really, really likes women,” so let’s not hold our breaths for any future teary confessions to Oprah.

Secondly, we have Aaron Schock the Congressman. Many, many gays are miffed at Schock’s (R-Illinois) less than stellar voting record on gay rights. He’s come out, so to speak, against ENDA, ending DOMA, and voted against the repeal of Don’t Ask, Don’t Tell. As for proof of his gayness? He likes Tom Daley on Instagram. Not exactly proof positive. He may just be interested in the often-shirtless, now-out-and-proud Olympic diver’s thoughts on farm subsidies. There are also the questionable wardrobe choices, but that’s its own blog post.

Many in the gay community — let me repeat, MANY — like Itay Hod, think that outing Aaron Schock is their duty, that they need to expose him and others like him as hypocrites and liars, pointing out that they cannot attack gays and lesbians from the safety of the closet and expect no reprisals. A clearly frustrated Hod said, “Let me ask another question … doesn’t the media have an obligation to expose his hypocrisy? If he had done something so hypocritical and he wasn’t gay, wouldn’t we demand journalists do their job?”

Maybe, Itay Hod. But let’s get this straight: he’s hardly Jesse Helms. Those people are largely, but not entirely, gone from politics.

I, for one, continue to struggle with outing as a tactic. Is it ethical? Can we out in one instance and not in another, and still claim the moral high ground? Beyond that, the term “outing” is terribly antiquated, implying there is still shame in being gay. For me, it’s always troubling, and fraught with dilemma. In our continued fight for equality, is the best weapon in our arsenal really the threat of exposure? Haven’t we as a group been at the receiving end of that enough to know? Shouldn’t our best weapon be that our arguments and ideas are just better than theirs? Outing, in the long run, may very well work against us.

I still feel nothing but sorry for those still in the closet — sorry for them and the burden they carry. If the congressman ever does come out, I would be the first to welcome both him and his abs to the community. 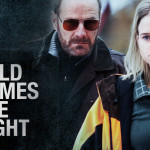 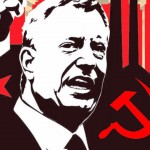