You may not know his name but you know a lot about Jason Katims. He is the writer and executive producer of the long-running hit television show “Parenthood.” The series is filled with storylines directly from Katims’s life. The new season begins on Feb. 27.

Katims, best known for his rich character-driven comedy dramas, has a long and impressive list of TV credits including the series “Friday Night Lights” and “Boston Public.” His new show, “About a Boy,” is in post-production and premieres on Sat., Feb. 22, right after the Olympics.

TheBlot caught up with Katims right after his stint as the keynote speaker at the Dad 2.0 Summit in New Orleans. Hosted by Dove®Men+Care®, it’s an event for men to connect with influential parenting writers.

How did you get involved with the Dad 2.0 Summit?

I was invited to talk about positive and real portrayals of men and fathers on TV shows and the changing landscape of what being a dad looks like. Men’s roles are being redefined from where we were a generation ago.

What is the most difficult part about being a dad?

That’s why I wrote “Parenthood.” You have a picture of what parenting is going to be and then you realize that the picture you had is not reality. You’re thrown curveballs all the time. In our case, our curveball was dealing with a child with special needs. My son has Asperger’s like the show’s character Max Burkholder (Max Braverman). You don’t think about something like that before you have a kid. It was so unexpected and very challenging. My wife and I had to work hard to forge a connection with our son. You think you’re dealing with the hardest thing and then you find out that others are dealing with something else. Everybody is thrown curveballs. The challenges have opened me up in ways I’d never been before.

For one thing I became much more compassionate.

Did you seek out special guidance to treat your son’s Asperger’s?

Yes, and that was reflected on “Parenthood” when the family works with an educational behavioral therapist and brings an aide into the house.

One audience member at the Dad 2.0 Summit tweeted a quote from you: “Write what you’re scared about.” What taught you that?

I was talking about making decisions on what to include in the “Parenthood” storyline. I had a lot of hesitation about taking on the difficult issues of Asperger’s and breast cancer. I didn’t know whether the autism storyline was going to be too specialized for a broadcast show. I thought people might not be able to relate to it, but the opposite happened. People were particularly drawn into that storyline right at the beginning when the show launched, and even more than the other stories. Taking a chance on stories like that has resulted in a very powerful experience. I am able to tap in and write with a lot of passion on issues that are very meaningful to me. Things I deal with on a day-to-day basis. What I’ve learned from that is that it’s good to take chances as a writer. Not just go with what you know.

Here’s a peek at Jason Katims’s new show, “About a Boy” 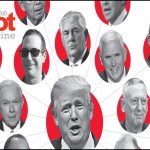 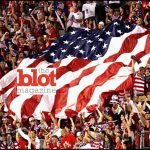