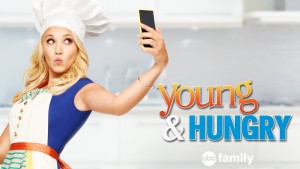 In the cloudy sky that is the entertainment business, every once in a great while, the sun breaks through. One person who is hardworking, steadfast and really nice is occasionally rewarded for their efforts.

Standing in this ray of sunshine, Gabi Moskowitz is that one person. She is loyal, smart and courteous, basically an Eagle Scout disguised as a chef.

Right now Moskowitz is best known as the editor-in-chief of her food blog, BrokeAss Gourmet. In another few months, it is very likely that she will be better known as the inspiration for one of the best new sitcoms on television, “Young and Hungry.”

A blogger from San Francisco, she eked out a living in the incredibly competitive world of food blogging. By posting recipes for up to four people priced at under $20, she gained a following. By building a substantial audience, she monetized her blog and earned a book deal. The strong reception of her first book earned her a second.

She  is currently promoting her newest work, “Pizza Dough: 100 Delicious, Unexpected Recipes.” Let it be known that upon review of the book, the manipulation of the constructs of pizza dough will not only bend your understanding of what mere water and flour can do, but her recipes will also challenge your notion of basic molecular structure.

It is customary at this point in pieces such as these to say, “It was not long before Hollywood came knocking.”

In Moskowitz’s case, it was over the course of two years that she went from initial pitch meeting with an agent to the shooting of a pilot based on her life. Hollywood did not come knocking. In fact, every door had to be thoroughly exhausted before any of them opened.

This is a good metaphor for which to describe Moskowitz’s career thus far. Success has come in fits and starts. Nothing has been given; everything has been earned.

So the story goes, it was around the time of her first book that an agent at Creative Artists Agency contacted her, believing there was something special about her story. He sold her on the idea of trying to produce a fictional show based on her life.

From the initial meeting in Los Angeles, Moskowitz returned to San Francisco where she went about daily life, creating and chronicling new recipes on her food blog and working on a number of side projects. From speaking engagements to consulting for culinary start-ups, she continued to build a name for herself.

Not long after the deal was made a talented young writer named David Holden showed up at Moskowitz’s door to observe day-to-day life from the tiny kitchen of the San Francisco Mission neighborhood apartment where she makes her home. After a period of four days shadowing her, he returned home and wrote the pilot for “Young and Hungry.”

Earlier this month, Moskowitz flew down to Los Angeles with her longtime boyfriend Evan. The two had come to observe the taping of the pilot which took place on a sound stage of the CBS lot where a version of her tiny kitchen had been painstakingly recreated down to the wooden Ikea island, where she creates many of her new dishes. Here a fictional version of her life was taped before a live studio audience.

In the world of TV pilots, it is incredibly difficult to get your show picked up by a network. In the case of cable television, executives will generally develop three scripts at the start of a season. Of those three, two will be chosen to shoot as pilots. Only one will ever actually make it to air.

By that math, “Young and Hungry” has a 50-50 shot. No matter the odds, however, the show will not go quietly into the night. With the odds for success stacked against it, it is blessed with great leadership and an equally strong cast. The show is being produced by Tannenbaum, the same company responsible for “Two and a Half Men,” and the cast includes Emily Osment of Disney Channel fame, who fills the role of Gabi. Rex Lee, who played Lloyd on the HBO series “Entourage” is the brash, young technology upstart to whom Osment’s character finds herself employed as a personal chef trying to supplement her income as a food blogger. The entire series is set against the backdrop of San Francisco’s affluent technology scene. Annie Potts, of “Designing Women,”  “Ghostbusters” and most recently “GCB” is also in it.

It will be another few weeks before ABC Family decides whether or not to pick up “Young and Hungry.” For her part, Moskowitz is upbeat but is careful not to become too excited at the prospect of what may be.

In the meantime, she has more than enough to keep her busy. A rumored third book may soon be in the works, and there are other things to be considered like holiday plans. There are recipes that must be written, farmers’ markets to be attended, and meals to be lovingly prepared for others.

It is difficult not to thoroughly adore Gabi Moskowitz, but one could try.

Update: On Jan. 6, 2014, ABC Family announced that “Young and Hungry” will go into production soon and is slated to premiere later in the year. 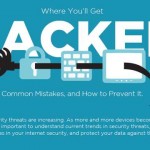