My suspicions were confirmed when Rubio tweeted a head-scratching, no-sense-making tweet during Sunday’s “Mad Men” series finale. While most people were offering up praise for the AMC show, others were expressing their sadness that the Don Draper drama was coming to a conclusion, Rubio gave us this:

The end of an era … indeed. Does Rubio realize the show was about a sociopathic ad man set against the backdrop of social and political upheaval and extreme sexism? Good times. But Rubio’s non-sequitur tweet got me thinking. How would he respond to other television shows as they met their broadcasting ends? Let’s find out: 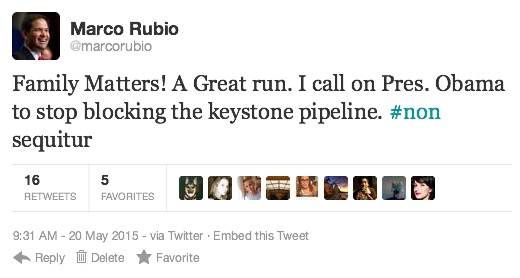 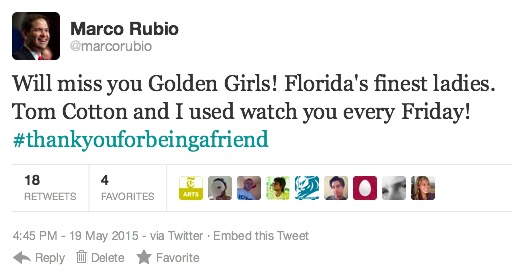 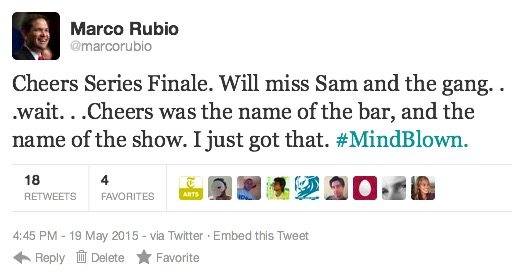 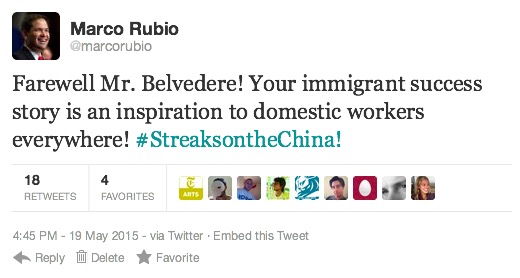 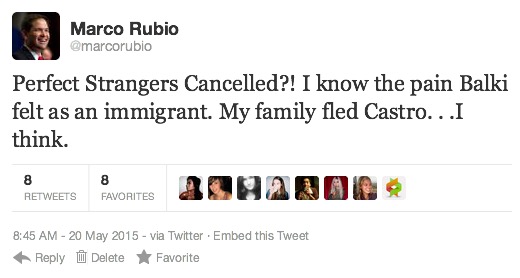