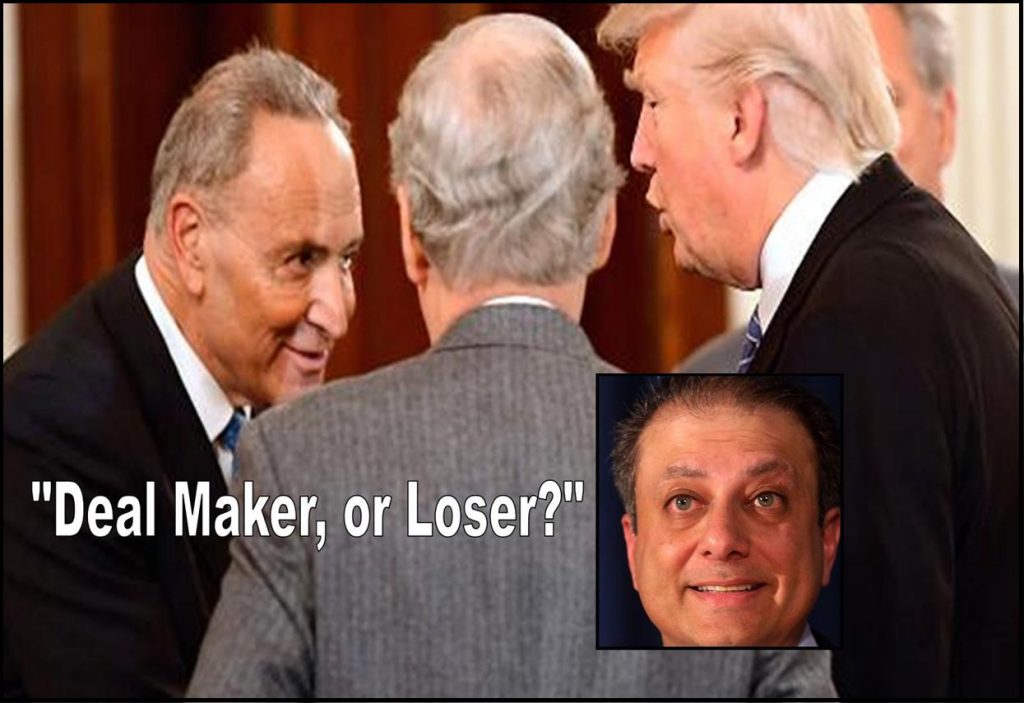 If you believe that America’s greatness was built on the concept of incremental policy movements built on compromises – then you are likely troubled that as of late it seems like both sides of the political spectrum consistently retreat to their respective wings and therefore seem to perpetually advocate binary choices (i.e., you’re either with us or against us) that result in policy that flip flops with whoever is in power.

We have said before that President Trump is the wrong answer to the right question of compromise.

and after the failure of the Health Care legislation it appears that he may be trying to be the disruptor that he campaigned as – however, much to the concern of establishment Republicans that might require the President to work with Democrats.   With the funding of the government quickly running out – conveniently set to expire on the President’s symbolic 100th day in office – he is being presented an opportunity to show his willingness to compromise and put a ribbon his first legislative victory.  Let’s see if he takes it.

Here’s what’s happening DC that could affect all of you.