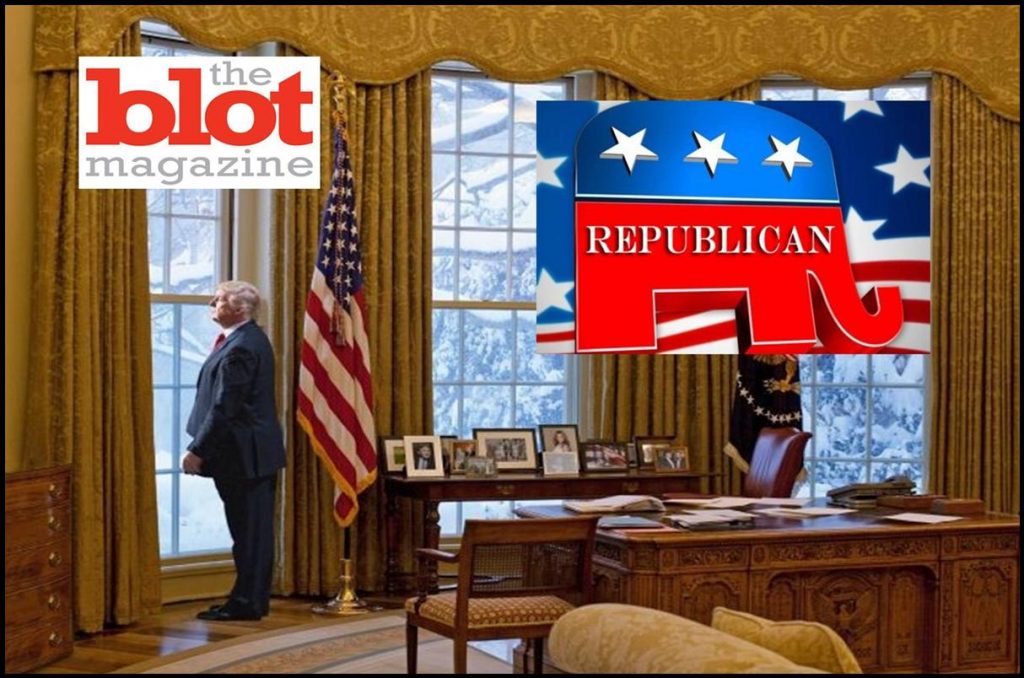 The TRUMP IMPACT ON THE GOP COWARDS

GOP didn’t support Trump. The American people did. America is the government of the people, by the people and for the people. It’s so true. Street demonstrators don’t matter. Naysayers are completely hopeless. The college tuition freeloaders are left in the dust. What’s going to happen to the GOP and Republican party with Trump in The White House?

The election of Donald Trump as the next president of the United States has fundamentally reshaped the governing dynamic in Washington and, more specifically, inside the Republican Party. His win smooths over longstanding divisions that have paralyzed the party – and Washington – for the last six years. The Republican upstarts who gave GOP leaders fits are more invested in Trump’s success than anyone in the party. As a result, they have the most to gain from helping the president-elect move his agenda – and the most to lose, if he doesn’t. This is a dramatic shift that would have been inconceivable under any other newly elected President.

Republican infighting has been a major impediment to congressional action in recent years. We believe Trump’s election could bring a temporary suspension to those disagreements.

The détente is fragile, of course, and the first test comes during the lame duck when party leaders need to figure out how to fund the government into next year. Senate Majority Leader Mitch McConnell (R., Ky.) favors a package of appropriations bills, while House leaders prefer legislation to keep the government funded at current levels. Republicans owe Trump for their Senate majority and minimal losses in the House, so the president-elect can decide the outcome of this ongoing discussion.

One of the biggest questions on everyone’s mind following Trump’s surprise win Tuesday night is: What will he do as president? From the beginning of his campaign, Trump has promised to build a wall along the border with Mexico and tear up existing trade deals, so those seem like obvious places to start. He has also promised to repeal the Affordable Care Act, and with majorities in the House and Senate, he and congressional Republicans will be under tremendous pressure to finally accomplish that goal. The wall and Obama-care repeal would likely face a big hurdle in the Senate, but he could use his executive authority to immediately back away from the Trans-Pacific Partnership and revisit the North American Trade Agreement.

Trump has signaled his interest in rolling back a wide range of other federal regulations, and there is a widespread belief he and his administrative appointees will get busy doing just that during his first few months in office.

The two other big-ticket items are much less controversial than building a wall or repealing President Obama’s signature health law. There is HUGE appetite among Republicans, and even some Democrats, to take up a comprehensive tax reform package that would lower rates on individuals and businesses. And even his Democratic rival, Hillary Clinton, wanted to move a massive infrastructure-spending bill, so there is widespread consensus for him to push a package that should generate thousands of jobs – another of his major campaign promises.

There are plenty of thorny details for members of Congress and the president-elect to hash out over infrastructure and taxes, but both seem like the most obvious avenues of bipartisan consensus, if Trump really does want to reach across the aisle and notch some major legislative victories.

The big hurdle, of course, is how can he do either, if Congress gets bogged down in a partisan standoff over his nominee to fill a vacant Supreme Court seat or Republicans’ push to repeal Obama-care. But every new administration brings with it a flurry activity, and the opening days of Trump’s presidency won’t be any different.

The Republican Party in Congress has been a coalition of various factions, regional and ideological, since George W. Bush left office in 2008 after the economic collapse.

Since that time, the Tea Party formed, and the Freedom Caucus blossomed. New and aggressive conservative media outlets and think tanks drove the legislative and policy agenda for these members.

Trump gained strength in this populist conservative space. The movement conservatives and media on the right that enjoyed fighting with the establishment is now far more vested in their new President’s success. This is a potentially massive shift in the governing dynamic for congressional Republicans who have so often cannibalized their leaders and let the perfect be the enemy of the good, with party leaders living in perpetual fear of being attacked by the populist right. For now, the loudest and most effective faction within the GOP wants to see House Republicans effectively legislate.

The only measure of success for President Trump now is to sign bills (sent to him) by a Republican Congress.  Had Jeb Bush won the White House, the populist right movement would have been skeptical and destructive, because he was not their choice.  But Trump was their candidate and his success is theirs.

So for the first time in decades, the Republicans in Congress are united and focused.

We believe the next several weeks will be spent compiling and listing all of the burdensome regulations and agreements of the past eight years so President Trump can begin the process of dismantling many of them through the executive order and legislative process.

WHAT DO REPUBLICANS SEE GOING FORWARD?

Mr. Trump’s agenda provides unique and historic opportunities to achieve major policy victories on financial reform, energy policy, health care, tax reform, regulatory reform, as well as infrastructure investment.  With a Republican Congress and President, the GOP will have 18 months to show the American people they can effectively govern on the meat and potato issues that got Trump elected.

Ironically, Mr. Trump, who was widely criticized for disrupting the party, has done what more traditional candidates like Jeb Bush could not – potentially assembled a new Republican governing coalition.   This coalition is fragile and must be viewed through a new Republican lens. Expect President-elect Trump to push a Republican agenda comprised of traditional GOP policy proposals blended with a dose of pitchfork populism.  We believe the election on Donald J. Trump will end the political gridlock, but not without a few surprises along the way. For the first time in recent memory, the conservative movement and rank-and-file members of Congress are unified. We expect the legislative agenda to move quickly and swiftly on major issues.

About the author:
Benjamin Wey is an investigative journalist and financier. His firm New York Global Group foresaw Trump’s presidential win in the summer of 2015. How? It’s the forgotten American voters, not the establishment who truly matter.