So I had the thought back in 2016 that I wondered if Sheldon Adelson would be a big part of any, or how many, future presidential elections.  I mean, hey, he gave Trump a LOT of money to get elected, twice.  If you don’t know who Sheldon was, the simple description is he was a major casino mogul.  He razed the classic Sands Casino and replaced it with a contemporary monstrosity.  And yes, of course he was a billionaire.  But he also was a major Republican donor, to the tune of $218 million for the 2020 election all by itself.  But just as Donald Trump’s reign of political error ends, Sheldon Adelson dies.

ADELSON HAS LONG BEEN A REPUBLICAN MEGADONOR, AND HE WENT ALL IN FOR DONALD TRUMP

So, I guess that answers my question.  Just one more election.  The 87-year-old passed from complications related to his treatment for non-Hodgkin’s Lymphoma.  While I’d like to express sympathy, it’s hard.  If you don’t agree with the most virulent aspects of the Republican Party, like me, it’s hard to say you’ll miss Sheldon Adelson.  But let’s circle back to who he was.  Besides the casinos and funding the Republican Party, Sheldon was all about Israel.  If you want to criticize Israel, he’d be there.  If you wanted to talk about human rights and Palestinians in Israel, he’d be there.  And by be there, I mean be there to stop you and destroy you.

AS ADELSON’S DEEP POCKETS DISAPPEAR FROM REPUBLICAN COFFERS, OTHER BILLIONAIRES STILL AROUND

If that sounds harsh, it maybe is.  But only because it’s true.  So now that we are all in this American political chaos now, essentially between Presidents and waiting to see how much more violence there will be, we will be without Sheldon Adelson moving forward.  It’s not like we don’t have a lot to digest with a lot on the plate remaining in front of us.  Because we do, and it’s scary.  And, likely to be true for at least a year.  Maybe more.  Just ask the Germans between WWI and WWII.  Those are the stakes we are talking about here.  But don’t worry, Republicans, you still have the Coors family, the Walton family and many other white billionaires who will continue to carry the torch. 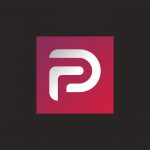 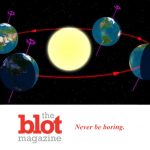