Trump sure does love him some cheap illegal immigrant labor when he can get away with it.  But now that the light is on, at least one of his properties quietly fired all their illegal staff during the shutdown.  Nothing to see here, move along.  Sure, we were all distracted by the government shutdown.  But it’s worth noting yet another notch on Trump’s hypocrisy belt.  No, the other one.  But anyway, the Trump National Golf Club in Westchester County, NY fired all their illegal immigrant employees on January 18th.

ILLEGAL STAFF WORKED THERE AS LONG AS 15 YEARS, BUT NO LONGER

So I guess covering your ass after the horse left the barn surprises no one here.  But many of these poor fired folks had been working at the Club for years.  One fired maintenance worker had been there 15 years!  But all these people were devastated to lose their jobs.  Half the club’s winter staff got the axe.  So what did the Trump Organization say about this?  Eric Trump sent an email statement on their behalf saying the firings was one reason why his “-father is fighting so hard for immigration reform. The system is broken.”  But what does that really mean?

TRUMP IS THE EMPEROR WITH NO CLOTHES, STLL TRIES TO COVER ASS

Trump’s hypocrisy is undeniable.  But the stark nature here is appalling, to say the least.  Trump’s businesses seen to have no problem hiring illegal immigrants.  According to one former Trump business manager, the Trump Organization prioritizes cheap labor far more than ensuring they only hire legal workers.  One local NY newspaper reported that the Golf Club’s accountants knew they had illegal immigrants applying for work with forged immigration documents.  So this won’t surprise you. The Club doesn’t use the E-Verify service.  We’ll just have to wait to see if Trump or his businesses pay any price. 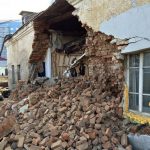 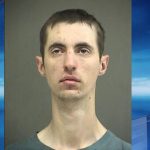