My neighbor’s ancestors came over on the Mayflower, and he knows exactly from which town in England they came and the entire history of the Christian religion, including the particular foundry that made the nails the Romans used to crucify the son of God.

The name of that crucifixion-nails foundry was Casillius Nail Works — not, apparently, to be confused with Golgotha Manicure and Tanning Salon, where the disciples and their boss got spiffed up for the last buffet. It’s not inconceivable that the son of God got his nails done. God himself is probably a trim and well-groomed CEO (he was a slob in the Old Testament but got spa-ed up for the New), so why shouldn’t he expect his son to be?

If you watch “Celebrity Apprentice” (which, while we’re on the subject, is my bible), you know exactly what I’m talking about. Here comes The Donald, looking smart and, OK, not that fit, but prosperous and confident, with $5,000 threads hanging on him like springtime, and his hair is about as close to a miracle as you can get. Then once in a while the camera zooms in on his fingers as they are about to smote someone’s ass, and the whole world can see how manicured this fellow is.

One of the high points of the terrific reality series was when Donald Sr. said to his eldest son, “Donnie, shut up.” This was the greatest entertainment moment of my television-viewing life. The look on Junior’s mug when his father told him to zip it in front of life on Earth was even better than on my ex-wife’s face when I once asked her to mop the garage. But the functioning point here is, Donnie Jr. is his father’s clone, well-groomed-wise. Even his hairstyle is exactly like Dad’s (minus the compressed helium) and may actually be Donald Sr.’s very hair — they having some kind of lease-back arrangement. If you read The Donald’s best-selling 1987 book, “The Art of the Deal,” you know what I’m talking about.

Read more: Baby Trump Promises Third-Party Run If He Doesn’t Get His Way

So now, on the fifth or sixth episode, here comes “Eric,” and, so help me, neither I nor any of my poker buddies knew that Senior even had another son, let alone one named Eric, and we are all very skeptical. The consensus here is that there is no real “Eric,” but that he was brought in to boost ratings. This is an example of how The Donald is a sponsor-attracting Divinity.

After he was forced to smote (whisk away in a limousine) the satanic Omarosa, and the ignorant masses (my poker group) were left in a state of moral entropy (thumb on remote), in his Celestial Wisdom, The Donald brilliantly assigned the Disney Company, which he secretly owns through “reverse collateralization” (“The Art of the Deal,” Chapter 10), to build ERIC — acronym for “Eerily Realistic Image Clone” — and cleverly introduced him as his actual offspring, knowing we would be so happy there is yet another well-groomed Trump in the galaxy that we would never question the validity of this Almighty Blessing.

The problem being, Eric moves pretty much like those other Disney automatronics, which are so stiff and unnatural-seeming that Disneyland “Hall of Presidents” patrons, their intelligence insulted, want their money back, even though the exhibit is free.

Anyhow, my point is, Donnie Jr. and “Eric,” like their father, get manicures. So why shouldn’t Jesus? My hope — dare I say prayer — is that once The Mighty Donald gets to be president, manicures will be paid for by the federal government. With the homeless and crack whores’ nails looking good, our spiffed-up nation will begin to be respected again throughout the world.

Also, my own manicurist, a fine, though illegal, Korean lady who loves our country and has taken the great American name “Lilly” — the only name with three L‘s and that she, obviously, can’t pronounce — would break down sobbing, beating her chest, and rolling around on the floor as Koreans tend to do, with the realization that her clients will be reimbursed for their polishes and buffs.

I also like Lilly’s little dog — a pug, naturally — who likes to hop up on the manicuring table and stare at me as if I’m the handsomest guy she’s ever seen.

Maybe President Donald will give us all free puppies, too. 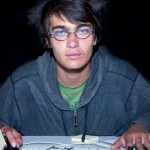 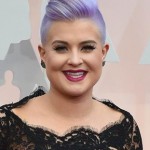