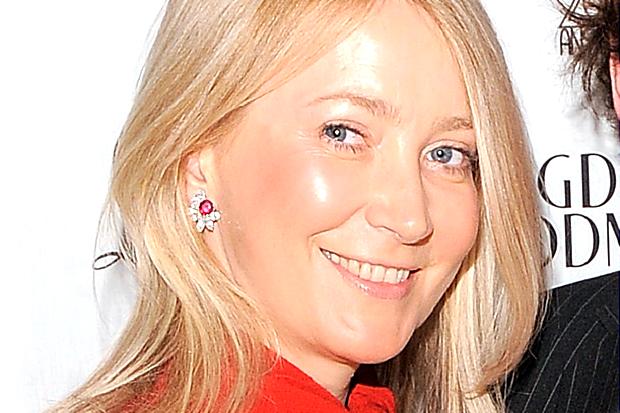 Scallywag and Vagabond, who broke the story, revealed through undisclosed sources close to the case that, “Russian bank, Gazprombank OJSC is suing her and her ex-husband and a number of offshore companies seeking over $20 million. The suit filed in Limassol, Cyprus on August the 3rd goes on to allege that the consortium defrauded holders of bonds that were meant to provide funding for infrastructure projects in the Moscow Region.

In 2008, the bond scheme collapsed and the investors who had purchased them were owed large sums of money. Janna Bullock and her ex-husband allegedly diverted large sums of bond holders money out of Russia through a network of offshore companies. This whilst Janna Bullock continues to face an avalanche of credibility and legal issues here in the Unites States.”

Hardly a stranger to controversy, Bullock was sued by the tawny Park Avenue apartment building, where she lives, in April of this year. The board claimed that she owed more than $40,000 and allegedly wanted to evict her from her home.

Born and raised in Russia, Bullock moved to the United States in the early 1990s, where she worked as a nanny for a family in Brooklyn before she met her first Russian banker ex-husband. With his help and financial backing, she was able to leave the childcare industry behind and open her first real estate development company. Success as a real estate development mogul netted her a small fortune which she then used to launch herself into the New York art scene. A New York Times article describes a world of lavish parties and rubbing elbows with celebrities:

“She has sponsored art exhibitions in Venice and Miami, socialized with artists and collectors and even taken a motorcycle trip from St. Petersburg to Moscow with the actors Dennis Hopper and Jeremy Irons and Thomas Krens, the former Guggenheim director.”

She even served on the board of the Solomon R. Guggenheim Foundation, which oversees New York’s famous Guggenheim Museum. She abruptly left the post in 2010. Her lawyer, at the time, implied that she stepped down from the position of her own accord and that the move was made because Bullock, “Wanted to defend herself against a “a malicious, vindictive and defamatory” media campaign in Russia,” which had resulted from a falling out between her husband and a business partner connected to Vladamir Putin.

Read more: Want to lose all your money from investments? Invest in a Nasdaq Stock Market listed company

However, many believe she was pressured to leave her post when Guggenheim officials got news of her ex-husband’s shady business dealings in Russia, which included charges of money-laundering in the Russian press.

The multi-million dollar lawsuit is also only the latest in a string of legal troubles for Bullock’s ex-husband, Kuznetsov, who was arrested and detained in France earlier this summer. He is accused of embezzling $100 million from the Moscow regional budget.