Are you stressed? Disillusioned, maybe? Do you crave more out of life? Desire to be one with yourself? Achieve a form of enlightenment, whatever the hell that means?

If so, well, just grab an electric screwdriver and drill it into your fucking skull. Don’t go too deep, though, you might turn out to be a little more “special” than you intended … or dead.

This folks, is trepanation: a surgical procedure where a hole is drilled, or more gruelingly, scraped into the human skull. It’s the oldest known surgery in the world. It’s still widely practiced today, and some people do it to get high.

After watching the documentary “A Hole in the Head,” by Eli Kabillio, I discovered that perfectly healthy people, only suffering from a high dose of eccentricity, opt to get the procedure done (sometimes doing it to themselves) to achieve a “bit more consciousness” and to be constantly “high” — or so they claim.

The operation has a very long and interesting history. The oldest trepanned skull dates back to the Neolithic period, around 7,000 years ago, states Science Blogs. The skull was found in a burial site in Ensisheim, France. The ancient Egyptians, Romans and Greeks all practiced trepanation, and the earliest procedures were performed by scraping away at the skull with a sharpened stone, such as flint or obsidian.

According to “A Hole in the Head,” the methods behind ancient trepanation were often supernatural. People would get holes burrowed into their skull to relieve pain and headaches cause by “demonic spirits.” Some of the earliest trepanations could reach three to four inches in diameter, and patients had about a 40 percent survival rate.

The documentary showed that trepanation was performed by African shamans not too long ago. In an excerpt from “Kwaheri: The Forbidden,” a medicine man belonging to the Kisii of Kenya, performed a messy and tiresome trepanation on one of the women from his tribe for the purpose of relieving migraines. For seven and a half hours, this guy just carved the shit out of this poor lady’s skull without any sanitized tools, probing his fingers into the mush he made of her head. He covered the wound with warthog fat, and she was sent home to sleep it off.

In today’s Western world, trepanation is a common procedure, though the motives behind its implementation have shifted from the mystic to the scientific and, for some, pseudoscientific. We are also trepanning with more sophisticated tools, so we aren’t just cracking each other over the head with rocks anymore. Now we’ve got power drills.

Today, whenever brain surgery is performed, the patient is, of course, first trepanned. You’re not getting to the brain without first getting through the skull. In a medical emergency where there is a head trauma, surgeons make a hole in the skull to relieve pressure on the brain. The releasing of this cranial blood pressure, and the resulting increase in brain blood volume, is what proponents of self-trepanation say helps them achieve great clarity, consciousness and a constant state of being “high.”

In “A Hole in the Head,” we meet Prof. Bart Huges from the Netherlands, perhaps trepanation’s greatest advocate. In 1971, he published the book “Trepanation: The Cure for Psychosis.” He was the first person to make a hole in his own skull to relieve this cranial blood pressure.

In the film, he stated that the operation itself was relatively simple. It took about 30 minutes to perform — but it took him four hours to wash away the blood from his ceiling.

Huges, though, was just the first of many people who self-trepanned. Joe and Jenny Gathorne-Hardy are a British couple also profiled in the documentary who both trepanned for the sake of enlightenment.

“That if an adult is [at] zero, and acid is 100 and say smoking hash is 50 or 60 depending on the quality, then trepanation is perhaps 30,” Joe said. “It’s like an 11-year-old, that’s the sort of level of energy and enthusiasm.” His wife, Jenny, who seemed stoned off her ass, chimed in, “I felt a clarity and a gradual boosting of energy that didn’t leave or diminish as time went by.”

Another major proponent of this operation is British artist Amanda Feilding. She made her own documentary in 1970 titled “Heartbeat in the Brain,” where she trepanned herself in front of the camera. She campaigned to get trepanation as an option on National Health.

Despite what pro-trepanation advocates claim, there really hasn’t been any significant studies done to support their idea of an elevated level of consciousness. Many scientists believe these people are living in a psychosomatic reality, with the trepanation being their placebo.

Neuroscientist Dr. Louis Sokoloff was interviewed in the film, and said, “There is no evidence that under normal circumstances the brain function is limited by blood flow. So that by increasing blood flow isn’t going to make things better.”

The producers then asked him if the removal of a piece of the skull led to an increase in brain-blood volume. “Temporarily, it might,” he continued, “but it would reach a new steady state, unless the space under the scalp just kept swelling, sooner or later the pressure there will come back to normal.” He then could hardly contain himself as he kept on explaining, “You can’t keep increasing the volume of spinal fluid under the skin,” he said, laughing hysterically as he finished, “You’d have a big bulge!”

Trepanation: ‘What is More Conscious Than Conscious?’

Dr. J. Michael Williams, Professor of Neuropsychology at Philadelphia’s Hahnemann University, also fervently disagreed with the trepanation advocates. “It’s not that easy to produce significant changes in blood flow … especially if you don’t do anything to the blood, if you don’t actually somehow intervene in the system that’s supposed to change or whatever. I don’t know how anyone could even speculate there would be one,” he told the producers.

World-class neurosurgeon, Dr. Ayub K. Ommaya, seemed to be a bit more sympathetic. He was discussing how if the human mind truly believes something, it can experience those perceived effects. OK, maybe he wasn’t being so sympathetic, he pretty much just called it all psychosomatic. “We certainly don’t have saints and savants developing from this procedure,” he added.

So maybe there isn’t so much support for the claims that trepanation makes you more enlightened. Perhaps those who choose to get it done are on a different wavelength to begin with. According to The Washington Post, John Lennon wanted to get the procedure done; we all know he was a little out there. The more-cautious Paul McCartney wasn’t particularly interested.

However, supporters stick to their guns and claim that it has bettered their lives. There really haven’t been any studies on it, so it’s pretty difficult to get the sign-off on a study that drills holes into volunteer’s heads.

Nevertheless, those who had it done say that it has restored their awareness and vitality by recreating the brain environment of an infant or toddler. After all, we are all born with holes in our heads that don’t close until early childhood. They claim that the reason for the hole is so that the brain can pulsate on the heartbeat, which keeps the brain more alert and conscious.

Higher consciousness itself is a disputed idea. Dr. Sokoloff still wasn’t having any of this. “What is more conscious than conscious?” he wondered. “It’s sort of a joke that goes on with some of my Italian friends that constantly tell me about buying extra virgin olive oil. What’s more virgin than virgin?”

Well, I’m probably not going to be acquiring any power tools for this purpose any time soon, but then again, I am not easily persuaded. But you can make up your own mind. Watch the documentary “A Hole in the Head” below. 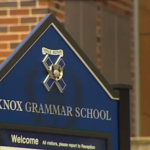 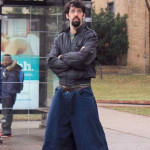