Congress should suck it up and pass the Obama administration’s $478 billion transportation proposal before the eleventh hour comes. Though it is unlikely to happen, thanks to objections from tax hawks — mostly House Republicans from rural states and regions with no mass-transit systems.

Though the cause of Tuesday night’s Amtrak derailment near Philadelphia that injured hundreds and left, at press time, eight dead has not been determined, the conductor going twice the speed limit for that section of curved track mixed with the nation’s passenger rail service’s aging infrastructure and 15 percent funding reduction from last year certainly doesn’t help keep anyone safe.

Former Rep. Patrick Murphy (D-Pa.) was on the train when it derailed and tweeted photos of the crash moments after it happened. In some of the pictures, the damage and bloody faces or bodies flung throughout the train car could be seen. It was truly horrific.

Im on @Amtrak train that just crashed. Im ok. Helping others. Pray for those injured.

The nation’s transportation funding mechanism is set to expire on May 31. It is traditionally funded through the gas tax, which is managed by the Highway Trust Fund under the supervision of the federal Department of Transportation. But the trust fund is perpetually underfunded, and Congress has had to make up the gaps by taking from general tax revenues. The tax has not been raised since 1993, and it currently only accounts for about $34 billion annually of the $50 billion outlays needed to cover the nation’s transportation needs. On Wednesday, nearly 30 mayors from cities around the country gathered in Washington, D.C to lobby Congress to enact a long-term renewal of the federal transportation law and significantly invest in the nation’s infrastructure.

“This bipartisan coalition is here in Washington, and in districts around to country, fighting for increased funding for our transit, roads, and bridges — because nothing less than our safety and economic future are at stake,” New York Mayor Bill de Blasio said in a statement. “New Yorkers feel the lack of investment every single day, from subways too crowded to even board, to century-old bridges in dire need of repair. We shouldn’t be standing on the brink of the next crisis. The time for Congress to act is right now, by passing a long-term bill that increases funding and directs more to cities and our vital infrastructure needs.”

The last time the bill came up for renewal in 2012, some House Republicans attempted to end funding any transit projects with the monies from the Highway Trust Fund, but were turned back by a coalition of urban and moderate members from their own party. These members advocate using the fund to dedicate it to only road and highway projects.

This proposal has again been raised by some far-right members, but is unlikely to succeed, even with money from the Koch brothers behind the effort.

And President Obama’s plan should also be approved because it is more ambitious. It would increase funding to transportation by almost $25 billion. The biggest jump would come in transit funding; a 79 percent increase over current spending that would go toward maintenance and improvements of existing transit systems across the country.

The president’s bill would earmark monies for expansion of light-rail, streetcar and rapid-bus systems. These public transit systems are critical people movers that not only serve a national security and transportation interest, but are also a way to invest in both urban and suburban communities across the country.

The proposal would also bring vital economic investment to many areas of the nation, U.S. Secretary of Transpiration Anthony Foxx testified before Congress in January. Foxx told the Senate Committee on Environmental and Public Works that transit improvements could lead to economic development. That more-dense expansion can benefit low-income Americans who may not own cars and help reduce greenhouse gases in the environment as people in cities generally use less energy.

“When you build a transit station, it captures the imagination of real estate developers,” Secretary Foxx said. “And they start to build dense developments and bring amenities to communities.”

Uncoupling the fund from transit infrastructure and directing it solely toward roads and bridges could prove disastrous and possibly result in even more problems on the nation’s rail and subway transit systems.

However effective the president’s proposal could be, because of its funding mechanism, it is unlikely to get approved over objections from House members. Many have criticized it on the grounds it would pay for the proposal through a 14 percent tax on an estimated $3 trillion in revenue from U.S. corporations that have stashed profits offshore to avoid higher corporate tax rates.

Other proposals to fund the bill include the similar but even less likely idea from Sens. Barbara Boxer (D-Calif.) and Rand Paul (R-Ky.) that would generate a one-time revenue stream by allowing corporations to move overseas profits back to America at a reduced tax penalty rate. A third proposal from Sen. Deb Fischer (R-Neb.) would introduce a national infrastructure bank to pay for federal transportation funding.

At this point — without the benefit of a genie or crystal ball — there is no way to tell how a bill to fund the nation’s transportation infrastructure will get actually done. But what is certain is that if there ever were a time for a bipartisan effort on a crucial measure for the economic health of the nation, this would be it. 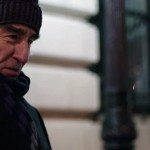 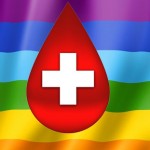