So bad judgement seems to be another pandemic side effect.  Or, maybe it’s just a pandemic all on its own.  Because there seems to be more than enough to go around.  The latest example of this is in England.  And no, it has nothing to do with their local papers and the recently residing in Canadian couple.  This is about a champion horse trainer.  Britain just banned him from ever going back into the country!  And why?  Well, like so often these days, it has to do with a picture that tells more than a thousand words of the man’s stupidity.  For some reason, he sat down on a dead horse, and there’s a picture of it!

The champion trainer’s name is Gordon Elliott.  And now, he’s persona non grata in England for sitting on a dead horse.  And, if you didn’t know, horse racing is a big thing in England.  No, not like the United States.  Sure, it’s big in the Americas.  But we have a huge market for everything, including racing.  England and Ireland, with much smaller populations, enjoy racing in numbers that are just way higher per capita.  And a ban for a horse trainer there is no small affair.  So what the hell happened?  It’s not clear, yet.  But Elliot’s explanation doesn’t offer much.

WHEN’S THE LAST TIME YOU SAT ON A DEAD ANIMAL TO TAKE A CALL? OR LOUNGED ON A DEAD HORSE?

So he apologized, but duh.  So did Cuomo, and that doesn’t seem to mean much.  But I put greater odds on Elliot than Cuomo.  Elliott explained that he got a phone call while standing next to the glue factory’s next delivery.  He says that without thinking, he simply sat down on the dead horse to take a call.  But you can call me skeptical about that one.  I don’t know about you, but I’d like to think that I’d be just ever more slightly cognizant that the thing I’m about to sit on is, well, a giant corpse.  Of an animal I spend all my time around, training.

So yes, there’s an investigation that will determine if Elliot is ever allowed back in the UK or Ireland.  We’ll see if it involves flogging a dead horse. 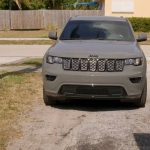 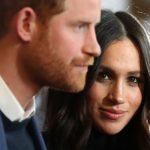