You the traveler have paid for a trip and for whatever reason, you want to get your money back. What do you do? A tale of two tour wreckers may provide some insight, from beach sex with nude buns to high-cut bikini…

Part 1: Don’t Be the Tour Wrecker on Someone Else’s Trip of a Lifetime

One of the worst tour wreckers I’ve experienced was the “power of positive thinking” woman. This woman couldn’t admit anything sucked. Our group awoke in a volcano-top motel to find mouse turds covering our blankets. The rodents had a taste for earwax and chewed through trip-pal John’s earplugs as he dozed. The walls didn’t meet the ceilings. Without earplugs, all night I heard the other hotel guests coughing, fighting, farting and fornicating as loudly as if they were in bed next to me. Positive Woman shushed anyone who snickered about mouse crap lodgings or Hantavirus.

Her positive-thoughts dictatorship stopped our group from bonding with laughter over fried chicken that bled when you bit it — not even Tony Robbins can cook a chicken leg with positive thoughts.

Apparently it was all nice; the icky bartender who unexpectedly thrust his tongue deep into patrons’ ears, mysterious skin conditions, open sewers and a dengue fever outbreak. Nobody was allowed to revel in the reality of our adventure.

She walked around in a high-cut bikini with her pubic bush escaping the perimeters like Stephen King’s topiary in “The Shining.” She’d stand right beside your deck chair with her Rapunzel of muff-hair blowing in the gale towards your face. “It’s a beautiful day,” she yelled over the surf at the beach one afternoon, and it was a beautiful day, until her pubic hair was in my piña colada.

I haven’t mentioned the location for this tour; instead, imagine it was your lifelong dream destination climaxing with one of the 7 Wonders. That’s what you’d signed up for, not a Tony Robbins convention led by a hairy disciple.

Advice from this travel writer for the tour wrecker: don’t tell people what they should feel, don’t put your bush in someone’s face unless they ask, and don’t say your whole trip was great if it wasn’t — embrace both the wonders and the horrors with fellow travelers at the time, and your vacation stories will also make you the star of dinner parties for years to come.

Hantavirus: Mouse dropping lodgings are potentially lethal. The CDC warns that humans can contract hantavirus respiratory syndrome (in both South and North America) when they come into contact with infected rodents or the rodents’ feces, urine or saliva. If droppings are disturbed the virus can become airborne. In Korea, Russia and parts of Europe the hantavirus instead can cause hemorrhagic fever with renal syndrome.

You have to know your own physical limits when booking an active group tour. I know that. I was recovering from a back and head injury from a cycling accident that had split my helmet in half and knocked me out cold, plus had just terminated an infestation of whipworms from Central Asia (oh, so gross). I was out of shape and injured. But somehow after a phone call with one of KE Adventure Travel’s booking agents in the UK, I signed on for a mountain bike tour from the Dead Sea to the Red Sea in Jordan that had distances of 100 kilometers per day.

The travel agent at KE promised me that I could bike at my own pace, the group wouldn’t have to wait for me, and I could hitch a lift in the support vehicle anytime.

On the first day’s pedal to Mt. Nebo, where Moses is supposedly buried, my fellow cyclists had left me in their Holy Land dust. I convinced myself it wasn’t a race. The local Jordanian tour coordinator backtracked to urge me to pick up my pace as the group was waiting.

“That’s how we do it,” the Jordanian explained.

“But KE told me that nobody would have to wait for me!” I had visions of the group near the Dead Sea unable to take a dip until I caught up, and them arriving at Petra after dark, all because of me. I pedaled faster even though my back was screaming and my lungs weren’t working.

The group applauded as I panted up the hill to where they stood. I apologized profusely explaining my injuries but omitting the worms at this point. A man from the UK asked, “So why did you come?”

Good question. Exodus, a KE competitor, was running an easier trip. Why wasn’t I on that trip? The short answer: ego. Mortified, I hoped a white panel van full of Al-Qaeda would rescue me with a bomb. I was worse than I’d anticipated, and even the 70-year-old cyclists were better. I was like the first person kicked off of a season of “Survivor.” I was the tour wrecker.

Advice from this travel writer: Sharing adventure and laughter with a small group of strangers is fantastic. However, if you’re the person with 10,000 issues, don’t inflict those on people who have made time or saved money to see a place like Petra. Opt for a solo adventure, or travel with someone who loves you.

Kirsten Koza is an author, humorist and adventurer who has mountain biked through 20 countries. 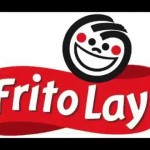