Gays and, I guess, gay sex is just so mainstream these days. Remember last November and that racy gay sex scene on “How to Get Away with Murder?” That primetime rim job had a lot of good people upset. And not because of the supposed immorality of it all, but because some thought it displayed degrees of “bottom shaming.” Poor bottoms, they’re people, too.

Never mind about bottoms and the shame they may or may not carry, gay sex is just getting more and more out there. Just how mainstream is it now? It’s even seeping into our high holy day of Americana, the Super Bowl.

ABC15 Arizona (I know, you already watch) reported last week that gay dating app Scruff (I know, you’re already a member) threw up two billboards advertising itself outside the University of Phoenix Stadium in Glendale, Ariz., host to this year’s game.

The billboard has two men, one bear, one smaller bear, looking a little longingly at each other in what appears to be a locker room with the tagline, “Play on Our Team.” Not particularly racy at all. Not that they’re having sex or anything right there in front of middle America. They’re not even touching. These two men could just be chatting. Scruff’s website says that “some Scruff guys are bears, some are jocks, and some are just guys.” I guess you can’t be all three?

Was Scruff’s marketing campaign successful? Well, don’t we all watch the Super Bowl just for ads anyway? It seems it was successful: Scruff’s spokesman Daniel DeMello told Newsweek that the site has seen a whopping 20 percent increase in new profiles in the Phoenix area compared to the same time last year. Scruff, boasting more than 7 million members worldwide, spent $3,500 for the billboards to be up for Super Bowl week. DeMello went on to say that “oversized cultural statement is obviously an attempt to attract more members, it’s also a nod to brave athletes like Michael Sam and Kwame Harris.”

If you think about it, the whole Super Bowl was pretty gay anyway. Skintight pants, butt slapping and aside from all that, there was Missy Elliot, Katy Perry and dancing men dressed up as sharks during the halftime show. And one of those sharks was apparently this guy.

I’ll play on that team! 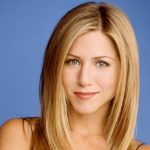 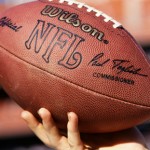