I came to New York in 1987, and the city has definitely changed over the years. The graffiti trains that used to haul commuters to and from their jobs are gone, and the K train is no more. Shea Stadium and the House that Ruth Built (the old Yankee Stadium) have been replaced. Ed Koch and Bobby Kennedy have bridges named after them; the Queensboro and Triboro respectively. Nowhere have the changes been more marked, though, than in Times Square, the “Crossroads of the World.”

In 1987 and into the 1990s, Times Square was an exciting place, much the same way the front lines in World War I were exciting. You never knew when someone might take a shot at you. There were muggings in the alleys, hookers on the corners, and they had to share space with drug dealers and addicts.

Then, came the Mouse. Led by Disney, supported by City Hall, the powers that be transformed the square into the tourist trap it is today. Now, the only shooting is folks taking pictures of the sights, and this has attracted hustlers who dress up as Muppets, superheroes and cartoon figures. Take a picture with Elmo and your kids, slip the guy a few bucks, and instant (and saccharine sweet) memories follow.

This is New York, though, and competition is fierce for those dollars. If you happen to be a businessman killing an evening, a photo with Elmo is not going to cut it (or if it does, you need to seek help before you do something really wrong). Enter young ladies clad in not much more than bodypaint, and there’s a souvenir the wife and kids don’t need to know about — but the other Rotarians will love.

New Yorkers are not Parisians nor Romans, and so the sights of some naked female breasts raise eyebrows. The Daily News has sold papers this week denouncing these women and their breasts as contributing to the decline of public morals — while showing them on the front page of the paper to prove it (indeed, more New Yorkers saw the women in the paper than can possibly have seen them in person). They fear that the nipples in question will be the thin end of the wedge that will begin the return of the old Times Square.

What is particularly appalling to the boobs in the anti-breast crowd is the fact that the law seems to be on the side of the unclothed. Women and men alike are allowed to skip putting on a shirt while heading out in public. So rather than arrest them, New York City police officers have their pictures taken with them. Proof was on the front page of the Daily News yesterday morning. The outrage the paper feels appears to be proportional to the copies sold.

But the Daily News doesn’t just complain; it offers solutions to this threat to public decency. It spent several column inches on Sunday’s editorial page opining on the general awfulness of (literally) painted ladies. At the end, it suggested extending the parkland designation of Father Duffy Square at the north end of the square all the way down to the southern end. Why? Naked breasts are allowed in parklands, but asking for money in parklands is not. If the topless women can’t get paid, they won’t show up dressed for the Brazilian beach.

Naturally, this simple solution will have unintended consequences. Not only will the women have to leave Times Square, but so will Elmo, Spider-Man and the Smurfs. And where will they go? Well, they could go find another job, but I have a feeling that if they could do that, they would. Who the hell wants to spend an August day at 95 degrees on the asphalt of Times Square?

If they don’t become neurosurgeons or patent lawyers, they have two options: They will either go ply their trade right at the edge of wherever the parkland designation ends — or they will scatter throughout the city. I can’t wait for the rage from the Daily News when the 9/11 Memorial hosts these people.

Where do I stand? I hate what Times Square is — merely an impediment to getting quickly from public transportation to the theaters where I have shows to review. I try to stay out of it not just on New Year’s Eve but every damned day of the year. I, for one, am not terribly taken with bright shiny lights. My first visit to Times Square and my most-recent one both filled me with the same sense of wonder: What the hell is the big deal? A few Muppets or naked breasts (and I am a fan of Muppets and breasts) doesn’t change any of that. 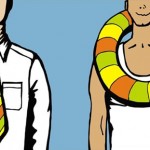 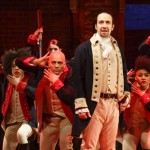