Let’s face it, college is not for everyone. Sure, it sounds good at the time, but between the rigors of student life, family and the prospect of decades of debt for a degree you may never use, some people abandon higher education learning for life experience.

If you are just such a person, you are not alone — and you are in damn good company. Plenty of our most cherished and respected historic figures dropped out of college (some even high school!) to pursue their dreams with much success. Here are just a few who passed on education that you may have missed learning about in school:

Though we have all studied his works throughout our high school and college years, Poe himself wasn’t exactly collegiate material. His first attempt at a college education lasted less than a year. He had enrolled at the prestigious University of Virginia in 1826, but left shortly due to “lack of funds” caused by his love of gambling, alcohol and other forbidden campus shenanigans. After working a few desk jobs, Poe decided to give the military a shot and was eventually accepted at West Point Military Academy under the name Edgar A. Perry. This, too, was short lived since Poe once again found himself deep in debt due to his love of gambling and his tendency to not show up for class, or for anything really. His time at West Point was productive and did see the start of his literary career with Poe publishing his first book, “Tamerlane and Other Poems” while still a cadet. (It should be noted that while Poe’s life didn’t exactly see financial success, his literary works have become a staple for schools all over the world and have been turned into countless movies, games, TV programs and more.)

A renowned scientist, historian, politician and all-around intellectual badass, Benjamin Franklin was not only a college dropout, but was a high school, even middle-school age dropout as well. Franklin left school at the tender age of 10 to work under his father as a soap and candlemaker. From there, he became an apprentice under his brother who had founded one of the first independent newspapers in the colonies. Franklin’s brother wasn’t keen on allowing his younger brother to publish his own literary work while on the clock, so Ben started publishing his work at the paper under a pseudonym. Once it was discovered who the real author was, Franklin was no longer able to continue publishing his work, so he broke societal norms once again and left his apprenticeship early, rendering him a “fugitive.” He fled to Philadelphia to restart his writing career, and the rest, as they say, is history … or whatever you were taught in American History 101.

While Einstein is renown for his revolutionary theories that reshaped the way we look at physics, he wasn’t exactly the most prolific student out there. He first dropped out of high school at 15, only to change his mind a year later and take a shot at enrolling to the prestigious Swiss Federal Institute of Technology, for which he failed the entrance exam. He then went back to high school, earned his diploma and passed the entrance exam to the same institute after a second go. A mediocre student, Einstein was well-known for his issues with authority and regularly clashed with teachers and faculty, a character glitch that was to last a lifetime.

While the times are certainly different now, we have our own rebels of higher education to draw inspiration from. Steve Jobs, Sir Richard Branson and Bill Gates all left school to pursue their dreams, and it was well worth the risk. College or university of any kind should always be taken into consideration for your future, but should never considered your only option for a successful future. 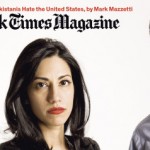 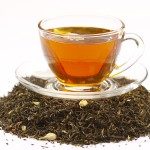