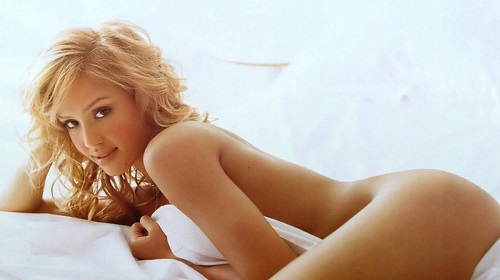 So, here’s a rundown of everything you might have missed, and some advice on which new shows you should take up watching.

We’ll start off with the irredeemably bad ones:

“Enlisted,” a single-camera comedy about three brothers at a small army base and all of the shenanigans that army dudes get into, fell so flat that it was quietly cancelled and is being replaced by “Surviving Jack,” a nostalgia-themed comedy based on a book called “I Suck at Girls.” We have no hope for the ’90s throwback either.

“Lucky 7.” Just watch the original British series “The Syndicate;” something just gets lost in translation. Same with “The Tomorrow People.” Seriously America, stop trying to remake British television. We’re really bad at it.

Everything you really need to know about “The Goldbergs” was on the promotional posters. It’s another nostalgia sitcom, and we really don’t need another one of those. Can’t we get new TV that’s actually, you know, NEW?

MICHAEL MUSTO: 10 Things That Are Automatically Sexy for Workplace?

“The 100” is a CW show about an upcoming teen book series, and there is no way it isn’t awful.

“Trophy Wife” is an NBC sitcom about a trophy wife, played by Malin Ackerman. We couldn’t finish watching the pilot it was so predictably miserable. There’s just something about her face . . .

Maybe not quite so irredeemably bad (but certainly could be) are the following:

CBS’s new sitcom “Mom.” While part of me loves the idea of a sitcom about horrible mothers, we really wish there would be some variety in the bad-mom stock. Really, we get the whole ‘Oh my god I’ve become my mother’ horror — some of us live it on a daily basis — it just isn’t enough to sustain a show. Maybe we’ll find out that “Mom” is the one Chuck Lorre show that can learn from its mistakes, but it isn’t likely. We wouldn’t keep our hopes up. “Dads” is the perfect counterpoint to “Mom,” because it managed to be worse. The show was universally panned after its pilot, and honestly, we can’t blame the critics. It was terrible.

“We Are Men” is exactly what it sounds like. A bro comedy about bros. But the pilot isn’t actually as terrible as it  could be. We’re somewhat hopeful. You can watch the pilot online, as it premiered last night on CBS.

“Hostages” could be better. We were expecting more, honestly.

Now, for the so bad they’re funny category:

“Sleepy Hollow,” which is both an attempt to capitalize on the current upsurge of paranormal romances and a buddy cop drama. We’re pretty sure any show which has the premise of ‘Ichabod Crane gets transported into 2013 because the Headless Horseman returns to plague Sleepy Hollow’ is destined for unintentional comedy. It just can’t be serious.

“Back in the Game” is an ABC sitcom in the ‘isn’t this whacky?’ genre of situational comedy, which pretty much means that it is incredibly normal and so all of the humor is terrible. Doesn’t mean you can’t still enjoy the train wreck while it lasts.

“Dracula” is NBC’s “Sleepy Hollow,” and we can’t even take the promo photos seriously. It premieres Oct. 25. We guarantee it will be hilariously bad. In a similar vein, The CW’s “The Originals” is a spin-off of “The Vampire Diaries” and will probably be the same amount of soul-suckingly terrible yet still entertainingly bad as the original.

“Undateable,” while not premiering until midseason, will probably provide some unintentional awesome, even though the premise is so stale it hurts.

Still yet to come are:

“Almost Human,” which did incredibly well at the San Diego Comic-Con, sounds like a bad RoboCop spin-off. The show is essentially a sci-fi cop drama, where human detectives are partnered with human-like androids. It could be epic, or it could be “RoboCop 3” in TV form.

“Rake,” also a midseason entry on Fox, is a comedy drama about the life of a criminal defense lawyer, and is the TV debut of head writer Greg Kinnear. Supposedly, it will be in the style of “The Following” (which returns in 2014). So, watch out for it maybe?

“Super Fun Night” premieres on Wednesday on ABC, after “Modern Family,” and was created by Rebel Wilson. It could either be funny or terrible. We’re not really sure.

No date yet for “Crisis,” which looks like basic cable’s answer to “Homeland.”

How Long Before People Start Battling to the Death on Reality TV?

“Welcome to the Family” premieres on NBC this Thursday, and is pretty much ‘what if Romeo and Juliet survived?’ fan fiction. The CW is going a similar route with midseason debut “Star Crossed,” except in the paranormal variant.


Last, but certainly not least, are the 10 shows you should damn well be watching this fall:

“Brooklyn Nine-Nine” is everything you could expect from a comedy starring Andy Samberg and Andre Braugher, and helmed by writer/producers Dan Goor and Michael Schur of “Parks and Recreation.” You really shouldn’t need any more motivation to watch it, but if you do, know that it is flawlessly hysterical and perfect. And if you hate it, you’re wrong.

“Marvel’s Agents of S.H.I.E.L.D.” is fabulous, especially if you are a fan of “Firefly” — or just Joss Whedon. For a spin-off of a superhero movie franchise, the show doesn’t deal much with gods and monsters and giant space beings that eat planets.

“Betrayal,” with subjects that are very near and dear to our hearts here at TheBlot, premiered last night on ABC, and the pilot was pretty fun. What more could you want from a show than sex, scandal and revenge?

“The Crazy Ones” is Robin Williams not being terrifying for the first time in a decade. So go watch it now, you fools.

“The Millers” stars Will Arnett. It’s a family comedy about divorce. You know you wanna watch it. It starts Thursday.

Bacteria Designed in Lab are More Efficient Photosynthesizers Than Plants

“The Blacklist” has James Spader as a criminal consultant. It’s like “White Collar” or “Catch Me If You Can” with an unattractive criminal. But that doesn’t mean it isn’t a good show.

“Ironside” looks to be an awesome remake, even though we’re still not sure how the whole ‘cop in a wheelchair’ thing works. We find out Wednesday.

“The Michael J. Fox Show” is exactly what it says on the tin, and it is comedic gold.

“Reign” is about a teenaged Mary Queen of Scots, because it debuts on The CW, but hey, it kind of looks interesting and that surprises us. It is The CW we’re talking about. Anything that isn’t automatically awful is kind of worth watching if it makes it to that channel.

“Sean Saves the World” premieres on Thursday on NBC, and is the “Will and Grace” sequel you always wanted. Or never knew you wanted. Depending on you, that is.

Go forth and watch them, or don’t.