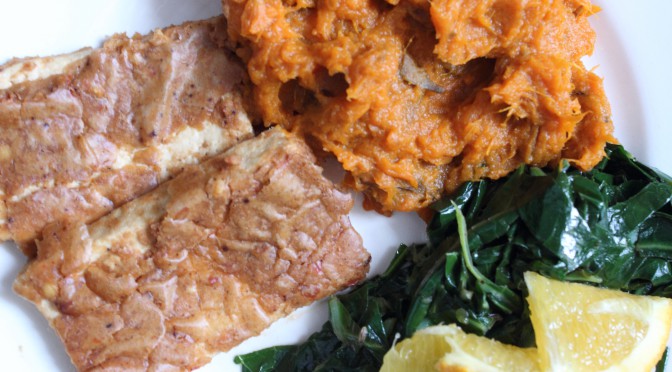 What are some of the most disgusting foods? I compiled a list of bizarre and poisonous foods that people actually eat. This time I decided to just stick to revoltingly disgusting foods that are nonpoisonous but equally stomach-turning. If you are not thoroughly grossed out after reading this, you might be a psychopath. Just my humble opinion, of course. Okay, here goes:

1. Fertilized Duck Embryo: Balut (Philippines) This is made from a fertilized duck egg that has a partially grown duck embryo inside. The egg is boiled, which cooks the liquid and the embryo. It is eaten by puncturing the shell and sipping the broth inside. After that, the shell is peeled to give you access to eat the yolk and the cooked chick. This is a popular dish and vendors sell it in buckets filled with sand, which keep the disgusting food warm.

2. Stinking Toe Fruit (West Indies) This is a foul-smelling large seedpod shaped like big, fat toes. The inside fruit is described as brown, mealy pulp around the seeds, which are tasty and sweet. The outer shell is hard and difficult to crack open. The inside substance is dry, powdery, yellow and hairy. Sounds mouthwatering, eh? Not. When the shell is opened, an odor is released that can be described as the funk of 40,000 years. Apparently, the smell doesn’t bother the local people, monkeys or hare-sized rodents called agouti.

3. Bag of Assorted Edible Bugs (Thailand) This bag contains weaver ants, silk worms, grasshoppers, big crickets, sago worms and buffalo dung beetles. You just can’t get enough dung beetles to eat, right? The insects are fresh because they’re frozen right after they’re captured and washed. What goes inside the bag are dehydrated little buggies with natural flavoring and salt. You can buy these online at BizarreFood.com.

4. Pig Fat: Salo (Ukraine) Nutritionists will tell you that every diet should have a little fat, so salo is just the thing. It can be eaten raw, smoked, fried or boiled. In Russia it’s a common snack eaten along with downing vodka. Salo is cut into thin slices, placed on pieces of rye bread with a garlic paste spread on top. If salo is stored in a cold, dark spot, these munchables can last up to a year. After a year, or if not properly stored, salo’s surface will turn yellow. Don’t throw it out, though. It is still usable as treatment for leather boots.

5. Roasted Guinea Pigs (Peru) In the Andean region of Peru, guinea pigs are considered a delicacy. Peruvians consume an estimated 65 million guinea pigs per year. Their size makes them easy to store, and they reproduce quickly like rabbits. They are high in protein and low in fat and cholesterol. The furry critters grown for roasting and eating are larger than those we know as pets. Sometimes they’re the main course, but more often, they’re an appetizer. Hungry yet?

6. Dill Pickle Mints: (USA) Who thinks up this stuff? Archie McPhee & Company makes these tiny mint candies taste like dill pickles. The can comes with 100 mints for $2.50. If you’re thinking about Christmas shopping, pick up a set of six pickle candy canes featuring the character Pickle Santa on the box for $4.74. Oh, and if you have an obsession with pickles, you can also purchase pickle bandages.

7. Water-Holding Frog (Australia): Frogs need a lot of water. The water-holding frog survives the dry, sandy deserts of the Australian outback by retaining loads of H2O. During dry spells, the frog burrows underground and makes a mucus-filled cocoon around its body. The water-retaining frog can hibernate up to two years in his little cocoon. He waits for rain. Aboriginal Australians squeeze the frog and suck down some of its retained water. They don’t eat the frog; instead, they just return him to the ground a little lighter but unharmed.

8. Jellied Moose Nose (Alaska) Here’s how you make this bizarre dish: one moose upper jaw bone, cut below the eyes, one sliced onion, a garlic clove, quarter cup of vinegar, a teaspoon of salt and a dash of pepper. Place the concoction in scalding water and boil. After 45 minutes, chill it in cold water. Then pull out all the hairs (I’m going to be sick). The hairs should come out easily at this point. Place the hair-free schnoz in a kettle and bring to a boil, then simmer. After a night of letting it cool, you’ll have two kinds of meat to choose from: the bulb of the nose and thin strips of dark meat along the bones and jowls. Bon appétit.

9. Sheep’s Head With Eyeballs: Svið (Iceland) To eat a cooked sheep’s head, you slice open at the mouth, peel off the skin, slice out the cheek meat, and skin the tongue. The eyeballs, which are quite fatty, can be eaten raw, cooked or in a sauce. This Icelandic dish is called Svið, and one café in Reykjavík sells 10,000 sheep’s heads a year. Many Icelanders consider the eye and eye socket to be the best part of the head. Before cooking, the head gets sawed in half and the brain is removed. The head is cooked in simmering water for 60 to 90 minutes. Don’t cook it so long that the flesh pulls off the bone. It can be served hot or cold. You can look up various recipes, including smoked and sometimes with brains intact. Writing this has made me seriously consider switching to a vegan diet.