Tonalist won the Belmont Stakes by a head in the final stretch over Commissioner to win the final Jewel of the Triple Crown, upsetting the heavily favored colt California Chrome. A record crowd of more than 102,000 roared and groaned as Tonalist crossed the finish line while California Chrome and Wicked Strong tied for fourth place.

California Chrome lost his bid to become the 12th racehorse, and the first since Affirmed in 1978, to win the coveted Triple Crown.

Tonalist and Commissioner both missed the Kentucky Derby and the Preakness, although Tonalist won the Peter Pan Stakes in May at the Belmont track on Long Island in New York.

The air of expectation of a California Chrome win was palpable at the racetrack. The crowd was buzzing on a beautiful, sunny day hoping to see history being made. But it was not to be. TV cameras showed California Chrome co-owner Steve Coburn put his hands up to his face in great disappointment as Tonalist won the race. Jockey Victor Espinoza, who rode California Chrome in his Kentucky Derby and Preakness wins and this race as well, said, “He ran a little bit flat down the lane.”

California Chrome started out smartly, but ran into a crowd of horses on the rail. Espinoza kept him there through most of the race until he was positioned wide right at the top of the stretch near the leading horses, but when Espinoza asked California Chrome to kick in for the final stretch, he didn’t have it. That left Commissioner and Tonalist to vie for the lead with Tonalist just edging out Commissioner at the wire.

Most observers thought it wasn’t the fault of the jockey but that the horse just didn’t have it on this day. Training for three major races in five weeks, the last coming at a mile and a half track, is a stiff challenge for a 3-year-old horse.

In the buildup to this third jewel in the Triple Crown, attention was given to the way racehorses are now bred. Most are bred for speed. It is difficult to breed for stamina and speed. As it is, the owners of California Chrome spent just over $10,000 for the breeding rights to California Chrome. By winning the Kentucky Derby and the Preakness, he paid off handsomely.

After the race, Coburn was interviewed for his reaction to his horse losing the race. He had some strong words. “They ganged up on him,” said Coburn of the horses new to the field. “If you make the Derby, you should run in the Belmont. All or nothing.”

Coburn seemed like your kindly Uncle Wilfred in the days leading up the race. He was 61, the genial, off-beat man wearing a cowboy hat who had a knack with the horses. Coburn then spoke of Tonalist’s triumph with an angry tone. “He took the coward’s way out,” he said, a comment on Tonalist skipping the other two major races to race in the Belmont Stakes.

Perhaps this was a fitting way to describe “losers lament.” So no Triple Crown winner this year. Maybe next spring. 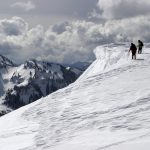 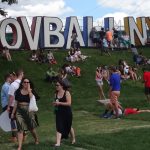