Giving pork barrel politics a new meaning, this is a food co-op even the most conservative person would jump with joy to join because it isn’t the kind of food co-op where patchouli-scented hippies buy their organic wheatgrass shots and gluten-free breads.

Although lunch is not a partisan issue, Senate Republicans are locked in a fight to the distance over  from their home state. Does Texas barbecue brisket best Maine lobster? These are the burning ends of the debate.

But while stuffing their faces with the best foodstuffs from all 50 states, serious business does sometimes get done. The Thursday lunches are overseen by Sen. Susan Collins (R-Maine) and are catered by bakeries, restaurants and takeout spots from the host’s home state. This tradition began in the 1970s when conservative senators formed a steering committee to discuss strategy over a midday meal. At the time, a separate group of Senate members also met to talk about current issues. Both groups met weekly on Wednesdays and also convened jointly over lunch once a month in the office of a member who had volunteered to cater the session. At some point, the lunches were moved to Thursdays.

Some readers responding to this little-known, delectable and mouth-watering fact have posted that Senate members should pay for their own lunches. Look, everyone needs to eat, and senators work long hours, so why not throw them a proverbial T-bone? As long as we discussed policy BEFORE eating, noshing on the best food from a senator’s state would make becoming a Republican almost worth it. Offensive yahoos like Sens. Ted Cruz (R-Texas), Rand Paul (R-Ky.) and the rest of the conservative kooks who want to gut government funding and let the poor fend for themselves might make my stomach turn, but having smoked brisket to look forward to would certainly sweeten the ole’ disposition.

And it’s not just statewide foods. Some senators get really specific and represent for a region, city or town within the state that sent them to Washington, D.C.

Personally, looking forward to the weekly Senate lunch could make it harder to work, though. I just know I would be daydreaming all week long about eating the lip-smacking, sweet-and-spicy sauce glazed onto North Carolina baby back ribs or genuine New Mexico green chiles or Texas steak or Alaskan king crab legs or Baltimore crab cakes … and oh, forget it, this list would obviously go 50 long.

But according to the group of senators, all competitors bow to Georgia Sen. Johnny Isakson who recruits a team of helpers to smoke meats across the river in Virginia the night before his turn to host lunch. They then transport all that smoky goodness to the Capitol, and add sides catered by a Marietta, Ga., barbecue joint to top off the feast.

I guess life as a Republican in government can be grand — but don’t forget, it’s mostly for senators, and it’s only on Thursdays. 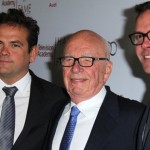 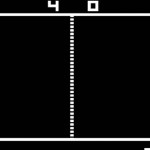