RUBBER DUCKS HAVE MAPPED THE WORLD, FLOATING IN OCEANS FOR 25 YEARS

It’s been more than a quarter of a century since the Greek owned merchant ship Evergreen Ever Laurel left port filled with First years rubber ducks and other plastic toys.  But the Pacific Ocean swept them off the deck and into the sea somewhere between Alaska and Hong Kong.  In the years since, these many thousands of rubber ducks mapped the world.  How did they do this?  By coasting along on the worldwide, interconnected currents.  It’s been 25 years and these bathtub buddies are still appearing on coastlines all over the world.

Read More: Here Are the Great Upstate New York Museums Everyone Should Know

DUCKS REMIND US THERE IS ONLY ONE OCEAN, WITH POLLUTION SWIRLING EVERYWHERE

So sure, this is “old news” as it were.  But it is also still “live” news, as a few thousand of these rubber ducks are still out there.  And, they’re still drawing attention to a huge problem: widespread ocean pollution.  But especially plastic.  These internationally travelling rubber ducks have also helped people all over the world feel connected.  But that’s for at least two reasons.  So for one, they’re cute.  But for two, they all entered the ocean in one location, only to have members of the splash guard travel all over the world.  They are a constant reminder that the world’s oceans and seas are really just one body of water.

DUCKS HAVE TRAVELLED OVER 17,000 MILES, SO FAR, AROUND THE ENTIRE WORLD

So these guys have travelled more than 17,000 miles.  But that number will continue to grow.  They passed over Titanic’s resting place.  They landed in Hawaii.  Many of them have and are spending years frozen in Arctic ice.  They’ve made their way to the shores of the British Isles.  But they also made it to South Africa and Australia.  Pick a shoreline anywhere in between and you damn betcha these “friendly floatees,” as some fans dubbed them, have washed ashore as well.  But now these non-biodegradable bad boys are also teaching us a lot about the “one ocean” and how we can maybe really begin to fight pollution.

Seeing as how 10,000 shipping containers like the rubber ducks fall into the waters off ships every year, it’s about damn time we look at this seriously.  We are late to class and the lesson already stings. 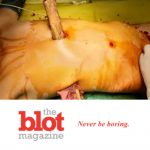 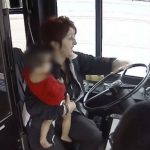