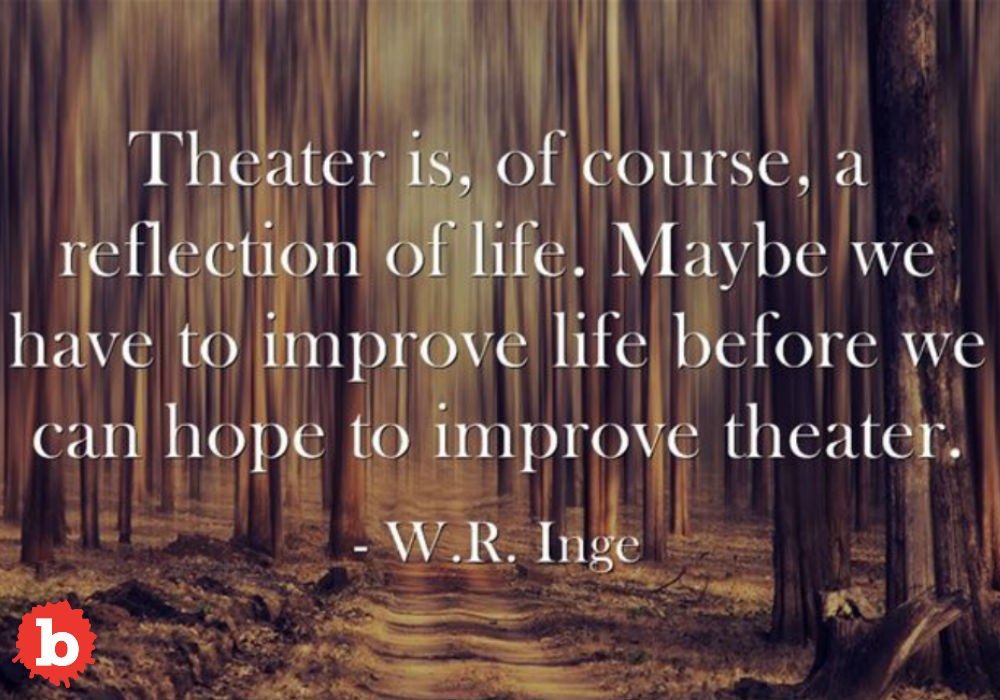 THE AUTHOR IS A PRODUCER, MY PERSONAL ARTISTIC STATEMENT FOR THATRE

I moved to New York last summer once I realized that everything I had been doing in San Francisco, and also everything before that, was wrong.  I was in the middle of a masters in Developmental Psychology and nannying two small girls in Italian. Yes, I had the sneaking suspicion that this degree wasn’t going to actually help me help children, but I was determined to stick it out, finish, and graduate. Then the election happened. Life suddenly seemed too short to be nannying and sitting through grad-school classes I didn’t really care about. So I moved.

Read More: Men Cry as a Woman Kicks Ass At the Boston Marathon

FROM ONE COAST TO ANOTHER, MY LIFE INFORMED MY ARTISTIC DRIVE AND PASSIONS

I grew up sitting in traffic on the many Los Angeles highways singing Pacific Overtures, Assassins, Legally Blonde with my dad in the car; listening to soundtracks had a way of making the car-rides fly by. We also went to the same New Year’s Day party every year where people would get together and take turns singing around the piano. I was lucky enough to see La Boheme for the first time when I was eleven, and I’m pretty sure that experience was the catalyst that got me studying Italian in college seven years later. My dad was a writer and all his friends were too, or performers, or producers, or puppeteers or something. I was constantly on the lookout for good “theatre” clothes when I went thrift-store shopping. It was everything around me, every CD, every person I adored, every moment that seemed to matter.

I TRIED TO AVOID THE THEATRE BUG, BUT THE BITE WAS DEEP

But ever since I can remember, my dad would say: never work in the theatre, never go into show business, it’s too hard, if you can do anything else, anything, do that thing instead. So I did. For years and years. I studied Art History in college, lived in Italy, became a teacher. But you can’t help wanting something when it’s the only thing that makes you happy.

I WANTED TO BE A PRODUCER TO MAKE DREAMS A REALITY

I arrived in Harlem on a beautiful summer morning and my dad’s fiancée met me at my new apartment ready to buy coffee and put together my bedroom. I was exhausted, but energized, and the air smelled sweetly of pastries, flowers, and history. I was finally in New York, and I was ready to get started doing the thing that had always scared me the most: pursue a life in the theatre. I didn’t know exactly how I would insert myself into this world I loved and knew relatively well until I started talking to people, meeting people, asking them what they did. I knew I wanted to be in charge, I wanted to help people make their dreams a reality. In short, I wanted to be a producer.

BEING A PRODUCER LETS ME HELP TELL IMPORTANT TRUTHS

Since moving to New York I have produced one play, co-produced another, and am just getting involved in a third as I type this statement. Each of the works had something to say that I believed audiences should hear. Each one espoused a progressive agenda, either about female identity in the shadow of the cinematic male gaze, or the inner-workings of the heart and mind of a female composer, or the truths we can learn from looking back on the troubled past of Chile.

THIS PRODUCER WILL STAY IDEALISTIC AS LONG AS POSSIBLE

I am determined to only make things I believe should be seen, only pieces that start discussions I think we should have, only put forth ideas I think we need to grapple with. I don’t want to make anything I think is crap. I don’t want to make anything that takes us backwards and not forwards. I may be in a rather idealistic phase, being young, being new, but I am going to try to hold onto these ideals as long as I can.