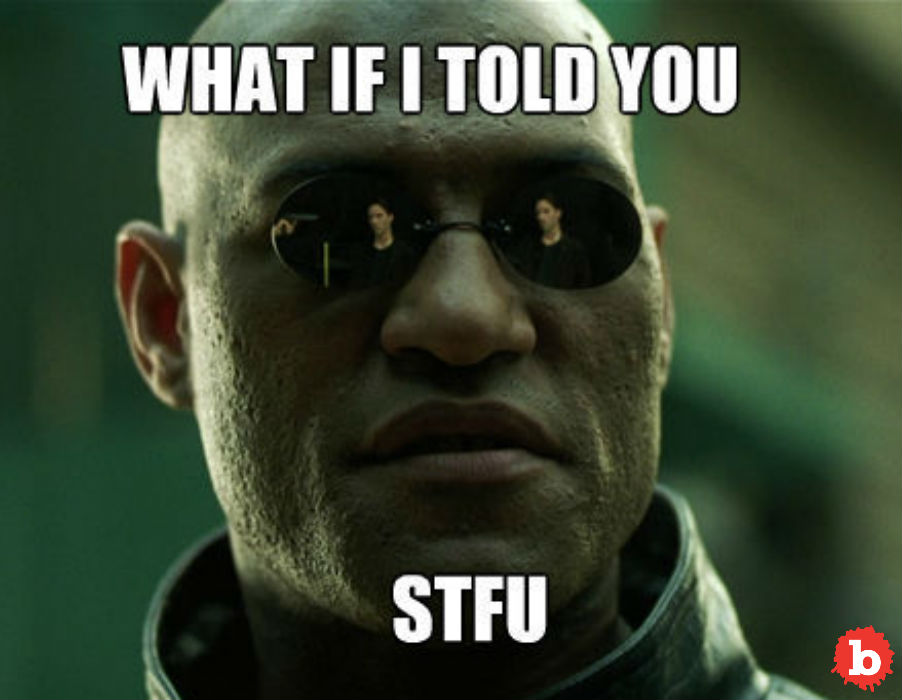 HOW TO TELL YOUR MEN FRIENDS TO SHUT UP, STFU!

Every one of us has a male friend who just refuses to stop interrupting literally everyone around him.   We all have one: a guy friend who doesn’t know how to STFU. It’s pretty fucking annoying especially when you realize that he is definitely interrupting women more often than men. And it’s hard because if you yell at him to STFU then you are immediately the bad guy. You’re between a rock and a hard place that won’t shut up about how touch a spot they’re in! But there are ways to get your male friend to understand. There are ways to show him what a misogynist ass wipe he’s being.  Here’s how to tell him:

Read More: Here are 8 Ways Your Gut Says He’s Not the One

Look away from him every time he interrupts to try to get him to understand that you don’t want to hear another story about how not enough bodegas have cigarettes.

Interrupt him again because he definitely didn’t realize what was happening the first time.

Nod emphatically to get him to stop talking so you can go back to the thing you wanted to actually be talking about in the first place.

Interrupt him again. He might get it this time……maybe.

Get your other friends to do the same shit so that he is hearing the same thing all around him: SHUT THE EFF UP.

Talk to him incessantly about feminism until he inevitably interrupts you to tell you how many feminists he’s fucked.

Scream in his face until you feel better and he feels ashamed.

Question whether you are now the problem.