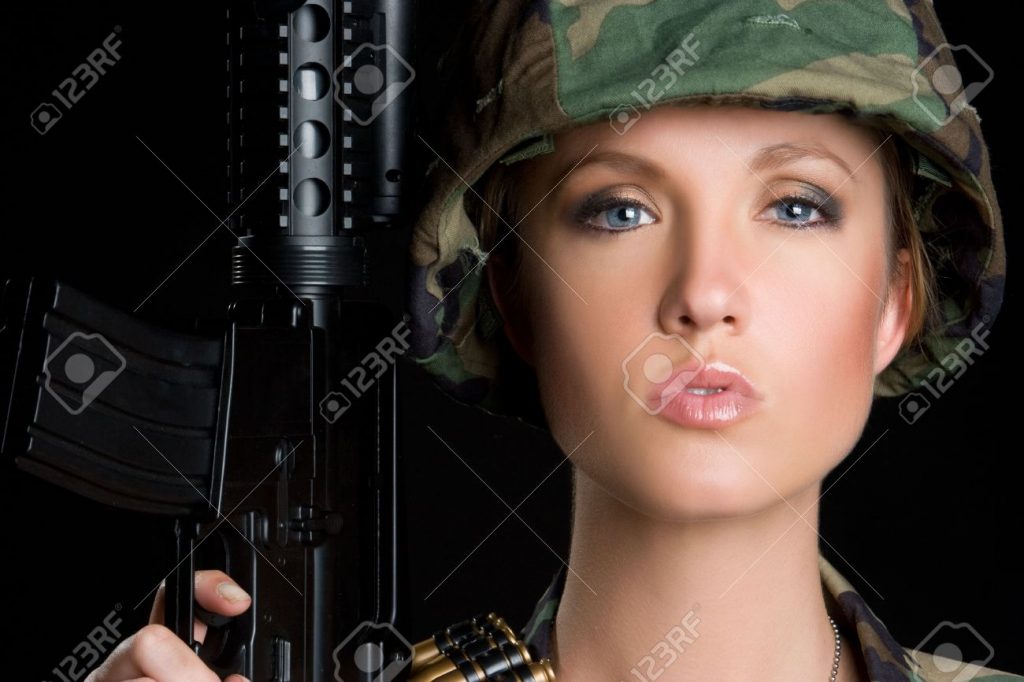 The U.S. Army has done it now. It’s pissed off the black women in its ranks. AR 670-1 covers how soldiers of both sexes are supposed to look and was updated effective March 31. This includes hairstyles. If there is one thing I have learned living with a black woman for over 20 years, it’s that white folks will never understand a black woman’s hair issues. It truly is “a black thing that you wouldn’t understand.”

Chris Rock made a documentary called “Good Hair” that delves into it. He covered relaxers and weaves, and I’m still reeling from it. Here’s some perspective. The first black millionaire in America was not an inventor, nor an engineer, nor a doctor, nor a lucky miner, nor an oil wildcatter. It was a woman known as Madame C.J. Walker who started Madame C.J. Walker Manufacturing Company. And what did she manufacture? Hair and beauty products for black women. Madame Walker died in 1919, when a million dollars was serious money.

I have no female siblings, so the only woman’s hair I had any experience with growing up was my mom’s — red and straight. She’d go to Roger, her stylist, every four to six weeks for a cut and blow dry. She’d spend a few minutes with a curling iron trying to give it some body every day (and never quite succeeding as well as she wanted). And that was it.

My wife, on the other hand, spent the first 18 years of our lives together getting hers straightened every few weeks at a price that made me weak in the knees. She’s let it go “natural” now, and she’s as smoking hot now as she was when we met (I definitely married up).

My kid Brittany has her mom’s hair, and my one and only attempt at dealing with her hair was the exact opposite of a glorious success. Her mom had to go away on business, and before she left, she did a couple of cute little braids on our 4-year-old. Then, I took over. We had to go to the park and play. Her braids did not survive. When I took her to day care in the morning, having “redone” the braids, one of the assistant teachers immediately escorted the child to the bathroom to fix things. A less forgiving educator would probably have had social services visit me before the day was out.

In America, women are still largely judged on their looks, by both men and other women. Non-white women have extra crap to deal with, though. When even your fairy tales ask, “Who’s the fairest [palest, whitest] one of all?” and you have dark skin and hair that behaves differently, the issues with self-esteem and personal identity are huge from early childhood. We all know about the social science experiments where the little black girl wants to play with the white doll rather than the black one. It’s really sad.

So, if a black woman finds a hairstyle that makes her happy, the last thing you want to do is mess around with it. And that’s where the U.S. Army has FUBAR-ed this.

Sergeant Jasmine Jacobs of the Georgia National Guard has started a petition to reverse this rule. According to the Army Times, “Jacobs said twists are the go-to style for black female soldiers going to the field because it ‘makes it easy to take care of in the field’…. Her hair is naturally thick and curly, making it impossible to pull into a bun, Jacobs said. ‘Most black women, their hair doesn’t grow straight down, it grows out,’ she said. ‘I’m disappointed to see the Army, rather than inform themselves on how black people wear their hair, they’ve white-washed it all…. The changes are ‘racially biased, and the lack of regard for ethnic hair is apparent,’ she further states [in the petition].”

In defending the new rule, the Army says that regulation hairstyles are necessary to provide uniformity in the military population. Sergeant Major of the Army (that is, the highest ranking non-commissioned officer in the whole shebang) Raymond Chandler (who is a white guy) even put on his official Facebook Page: “The Army is a profession, and one of the ways our leaders and the American people measure our professionalism is by our appearance.”

Sergeant Chandler and those like him are simply better human beings than I am. They are prepared to die to protect my right to sit here and tell them they are wrong. At most, I would right a strenuous letter of protest to protect their rights — I am a coward at heart.

I’ve never served in the armed forces, and the armed forces are probably glad of it. I don’t take orders well, and I think authority figures are inherently foolish. I did, however, serve 30 years as a human shield during the Cold War with Soviet nukes pointed at my head. During that time, I got a couple of degrees in history. And history says an effective fighting force does not require uniformity.

Indeed, uniforms and precision drills and all the marching in unison didn’t really come about until the late 17th or early 18th century in Europe. Alexander the Great’s troops didn’t have uniforms, nor did the Roman legions. And those armies didn’t even have a common language (Latin was spoken in the west while Greek prevailed in the east). The troops of Charlemagne, Attila and Genghis Khan were pretty effective without unit cohesion brought on by similar hairstyles. The Vikings were feared from Russia to Ireland to Sicily, and hair issues varied widely.

The modern military has mid-level bureaucrats who just don’t understand their jobs — they are like middle managers in the civilian world. They want neat orderly lines, the symmetry of uniforms and identical faces. Yet, guys with no uniforms beat the guys with uniforms at the Battle of Little Big Horn. Those smart redcoats of the British Army did them no good against the Zulus (who probably had hair issues) at Isandlwana. The Russian Imperial Army lost to a gang of workers and peasants in the Russian Civil War. The Red Army couldn’t hold Afghanistan, and let’s be honest, the mujahideen have beards and probably not a comb among them.

You know who looked really sharp? The Waffen-SS. Check out the old footage. They marched well with that cool goose step, they all had the same hair color (blond), the same eye color (blue), and Hugo Boss designed those spiffy black uniforms (really, he did). The trouble is they lost because the other guys were better at fighting. As George C. Scott says at the opening of the film “Patton,” you don’t win wars by dying for your country. You win by making the other bastard die for his. And you don’t do that by looking better.

If a young black woman is prepared to fight, kill and even die for our freedoms, I figure she can do what she likes with her hair. If she can’t, then what exactly is she fighting for?