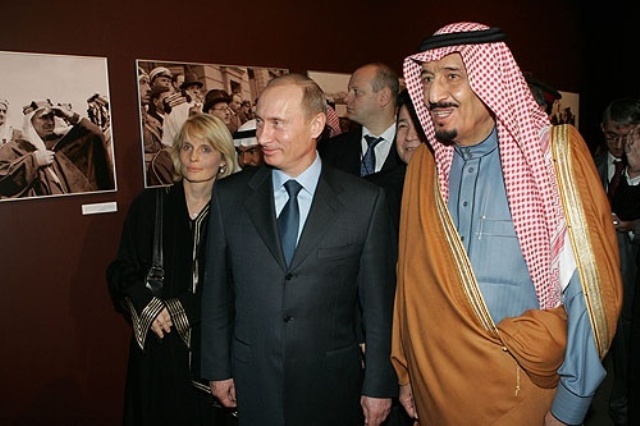 With Iran trying to get nuclear weapons and the big powers of the world trying to stop it, an idea that has persisted for some time has cropped up again — the concept of a Nuclear-Weapons-Free Zone (NWFZ) in the Middle East. At first glance, it looks like a no-brainer. The place is a geopolitical hot spot, and nuclear weapons are exceptionally dangerous (an understatement to be sure). It also won’t happen anytime soon if ever.

Before going any further, it is important to understand how nuclear weapons function as part of a nation’s military. They are a threat to do such harm to an attacker that any attack is not worth it. During the Cold War, the U.S. and U.S.S.R. built up arsenals of thousands of warheads to ensure that if one side attacked, the other would have enough leftover firepower to destroy the attacker. This was known as Mutually Assured Destruction (MAD, a very appropriate acronym). The important thing to understand about MAD is that it worked. Both sides accepted it as a strategic principle, and both sides limited their combat to proxy wars. This becomes important in discussing an NWFZ for the Middle East

There are already a few nuclear-free zones in the world. The first was Antarctica, which was declared nuclear weapons free back in 1961; nuclear power is still OK. That was followed by a NWFZ in space as part of the 1967 treaty that governs the use of space by earthlings. The first NWFZ that had real countries with real populations was the one for Latin America and the Caribbean in 1969. The seabed was declared an NWFZ in 1972 as part of the Law of the Sea Treaty. Since then, NWFZs have been declared in the South Pacific (1986, Treaty of Rarotonga), among members of ASEAN (Treaty of Bangkok), central Asia (2009, Treaty of Semipalatinsk) and Africa (2009, Treaty of Pelindaba). In 2000, Mongolia declared itself a NFWZ.

All of the treaties have one thing in common: they don’t directly affect a nuclear weapons power. The USA, Russia, China, France, Britain, India, Pakistan and North Korea have all successfully tested nuclear weapons. But apart from a few small overseas territories, these countries aren’t covered by existing NWFZs. The reason is simple; nations don’t like to give up power. And nukes are power.

That isn’t to say it hasn’t happened. Actually, when the Soviet Union went out of business, Ukraine, Belarus and Kazakhstan had nukes on their territory and handed them over to the Russians. Chernobyl in Ukraine may have had a lot to do with this. And South Africa dismantled bombs the apartheid government built after Nelson Mandela became president — I think we can all agree that Mandela was a special case.

So, why not just declare the Middle East an NFWZ? It would stop Iran and it would prevent proliferation. As it turns out, Israel has been a nuclear power for decades, and its current nuclear arsenal is thought to be in the 175-250 warhead range — about what France, China and Britain have, and likely more than what India and Pakistan have. Many of those warheads are on board four or five nuclear submarines built by Germany (ironic, no?). And Israel is not about to give up its nuclear deterrent under current circumstances.

Israel fears that its neighbors, who have attacked it on a few occasions, want to “drive the Jews into the sea.” Militant Arab nationalists and a few Persian madmen have made it clear that they would like nothing more than to wipe Israel off the map. I make no apologies for the occupation of the West Bank nor for the treatment of the Palestinians. I merely am pointing out what is standard thinking among the Israeli leaders who have the say-so over Israel’s nuclear weapons. So long as Israel believes it faces an existential threat, it will cling to its fission devices.

Therefore, in order for the Middle East to become an NWFZ, Israel will have to feel vastly more secure than it does today. That would likely require stable democratic states throughout the Middle East, and perhaps even mutual defense treaties between Israel and some of its Arab neighbors — don’t laugh at the idea, Shia Islam is a greater threat to the Sunni Arab states than the Zionists could ever be.

Even then, would Israel give up its nuclear deterrent so long as Pakistan had the bomb? And would Pakistan give up its bomb without reciprocity from India? Why would India deny itself weapons like that if China still has them? And would China surrender its nukes so long as the U.S. and Russia have theirs?

My point is simple. A Middle East NWFZ would require such radical changes in global security that it is only feasible as a part of a global NWFZ. And I would be in favor of that, no matter how unlikely.

After spending the first 30 years of my life as a human shield with nukes on a hair-trigger pointed at my head (as did every Cold War kid), I am a little tetchy about The Bomb.