As the summer winds down and blockbuster movie season wraps up, it’s interesting to think that the quality of summer television may be on the rise.

Summer TV is at a crossroads as many of its biggest all-stars (“Breaking Bad” has been gone for two years??) have all ran its course. The warmer months usually don’t have many monster hits, but there were a few that viewers took note of. There were also a few letdowns, especially for fans of e-cig humor (looking at you, “True Detective.”) Here are this summer’s biggest winners and losers:

If you told me that a show on USA Network starring Christian Slater would be one of the best things on TV today, I would have rolled my eyes faster than you can say “My Own Worst Enemy.” “Mr. Robot,” however, was a pleasant surprise with its mind-boggling narrative and strong lead performance from newcomer Rami Malek, playing morphine-addicted, extreme social anxiety victimized, hacker vigilante Elliot Alderson. What really makes “Mr. Robot” special is its directing, curated by Sam Esmail. Elliot’s voice-over throughout the season works well with zippy camerawork and noteworthy camera framing. Viewers tuned into what they thought was a show about rogue hackers going against “the man,” but in reality, “Mr. Robot” was a psychological thriller with some serious bite. Can we believe anything that Elliot sees on screen? Can he believe us? Although inspirations are easy to point out (ahem, “Fight Club”), “Mr. Robot’s” supporting cast that includes Swedish actor Martin Wallström and Portia Doubleday give it a little something worth checking out. I’ll be impatiently waiting for season two next year.

It’s all the rage to take a cult-classic that’s worshipped by fanboys and make something new to sell. Such is with the 2001 indie-hit-turned-prequel-series, “Wet Hot American Summer: First Day of Camp.” Netflix has been writing check after check to build its exclusive content library, and this one feels more worth the money than the lukewarm new “Arrested Development” season we received two years ago. David Wain and Michael Showalter have collected an A-list cast that utilizes original favorites well with fresh newcomers. Of course, the show has its outrageous moments, but somehow they make it work. MVP has to go to Paul Rudd, who’s usually stuck playing the rootable small guy and instead is given the keys to go full asshole. This is something that will need a few re-watches to make sure no jokes were missed.

Amazon is slowly moving its way up in the online video streaming game with critical darling “Transparent,” and it found another hit with “Catastrophe.” A British sitcom that originally aired on Channel 4 in the U.K., the show stars American Rob Delaney and Brit Sharon Horgan as a couple forced to make it work when an unexpected pregnancy is the result after a wild weekend. Delaney shines as the potential father who’s desperately trying to make it work. His take on the part (along with his real-life and character’s sobriety) gives him a breath of fresh air in the typical male role in a usual romantic comedy. Horgan also hits a home run while bringing the laughs, along with the supporting cast made up of Carrie Fisher and Ashley Jensen. Worth mentioning is Mark Bonnar, who kills it as the epitome of what a British person thinks a middle-aged American man is like.

Season two of “True Detective” was convoluted mess, and it didn’t have much of a chance from the get-go. The two best aspects of last season (Cary Fukunaga’s directing and the grade-A performing of its leads, Matthew McConaughey and Woody Harrelson) were both absent, and all that was left was show creator Nic Pizzolatto’s huge ego and the gross Los Angeles city of Vinci. Season two was filled with too many characters (Vince Vaughn’s Frank felt unnecessary to a point of disdain) as well as a non-impressive crime caper that never pays off. Season one had excellent craftsmanship, but also played with classic noir crime with a dash of spooky occult. Season two swallows the noir crime thing whole and then chokes on Colin Farrell’s mustache. I must say, I would have much preferred a series devoted to Farrell’s Ray Velcoro shouting obscene threats to children like he does in the first episode.

Denis Leary somehow kept “Rescue Me” on the air for seven seasons, so it seems FX owned him one. His newest show feels like something we’ve seen time and time again: the story of the man-child who never quite grew up. Leary plays the perfect stereotype with washed-up rocker Johnny Rock, and things only get worse from there. Elizabeth Gillies does well playing Gigi, Johnny’s daughter and lead singer, but her arc plays second fiddle to Leary’s typical shtick. The only way the show will be able to stay afloat is if the ensemble cast can grow and put something together that an audience can care about.

It’s disappointing that the Wachowskis have had such a muddled career since Warner Bros. asked for two more sequels to the one of the best sci-fi action films ever, “The Matrix.” “Sense8” is far from a failure, but the sci-fi series doesn’t have enough life to keep binge-watchers hooked. If you like the Wachowksi brand, this may be something you may be interested in, but it’s not that fresh of a feeling. Its main characters are rarely utilized together, and for an ensemble cast, that is usually crucial. “Sense8” feels overloaded with shallow substance, but at least its visual effects can look pretty from time to time.

OK, we got the jokes the first two times. Did we need another one?

Hoping to hop on the heels of the political humor fire emoji that “Veep” is, “The Brink” is too frantic and unsettling to devote laughs to. 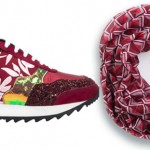 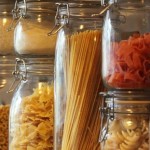