The fast food race to disgusting never ends. But all the blame can’t be laid on the bizarre ideas of boardrooms; if there is a market for something, companies will try to fill the void. When it comes to weird or gross fast-food items, we’re complicit.

No demand would mean a hot dog might ever have been put in between fried chicken pieces, and that would really be a shame. With these wacky items, the world is more fun — and more fun to laugh about.

THE KFC DOUBLE DOWN DOG

This doesn’t even sound remotely appetizing. I guess KFC suits thought, “Why use a bun when fried chicken will suffice”?

KFC was clearly not satisfied by bombarding consumers with its Double Down sandwich, a similarly gut-busting item minus the hot dog thrown in the middle. Good luck living to age 65 if you choose to consume this, or not getting chewed out at every visit to the doctor. You better start saving because those cardiologist bills can add up pretty quick.

Originally sold in the Philippines, this “sandwich “ is not available in the U.S., and thank goodness for that. Surely the entire medical industry is lobbying hard to get this imported soon so Americans can add yet another greasy gut-bomb to their diets.

This standby pastry is glazed with spicy buffalo sauce and then rolled in crushed potato chips. Tim Hortons debuted the culinary abomination exclusively at the 2014 New York State Fair to celebrate its buyout by Burger King. How this makes any sense or relates to the burger chain I have no idea.

This came in mild as well, with ranch dressing added. Ew, mixing sweet and savory like that sounds terrible. And for some reason it was served with two, that’s right two, tortilla strips as a garnish. Why? Only company board members can answer that or describe what evil lurks in the hearts of fast-food executives that led them to subject the public to this maniacal mash up.

The Buffalo Crunch doughnut was only available until Monday, Sept. 1 at the fair in Syracuse, N.Y., and were not generally sold by Tim Hortons. Oh, that’s too bad, I wanted to have one before I came to my senses.

Seriously, does anyone actually need that much bacon? I like the fatty, crunchy pork as much as anyone, but damn, heartburn and indigestion here you go, in the form of a giant burger.

The Maalox and Pepto-Bismol people definitely celebrated with this one. Sales must have went through the roof after consumers ate this towering terror. I’m not sure if Baconators are currently available in the triple format, so exaggerated eaters may have to settle for the double version in the meantime. That might seem like plenty, as the double is two quarter-pound patties and six strips of bacon. Which means, if I have done my addition correctly, the triple is likely to have nine — yes, nine — pieces of bacon on top of three quarter-pound patties.

Now that’s a meal. Yikes, this is not a reasonable amount for one person, and certainly not on top of a triple cheeseburger. Don’t get me wrong, I have downed more than my fair share of fried chicken, various burgers and buffaloed creations, but with fast-food items getting so creative, will there be something so over-the-top it won’t sell?

I think not. Even when it’s gross, weird or a terrible combination of things that were never meant to meet, the bizarre attracts us to try it out, our health be damned. 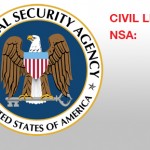 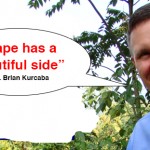