It is disheartening to watch silly fright-fest fare. Movies merely featuring gore or campy humor don’t do it for me. So, it is with heart-filled joy I announce a new flick that will scare your throat into constriction and zoom up your blood pressure. Gosh, I love that feeling.

“The Taking of Deborah Logan” has just been released for digital download. If you’re having a fright-night Halloween party and haven’t decided which movie to show, This. Is. The. One.

Stories that scare me must be plausible. And who among us isn’t terrified that we will one day have to care for an aging parent? Imagine if there was no money, mounting medical costs and you were the sole caretaker.

Deborah Logan (Jill Larson) is in the grips of Alzheimer’s disease. Her daughter Sarah (Anne Ramsay) is the only relative to care for her, and neither has any money. Mother and daughter have a strained relationship that dates back to Sarah being sent away to boarding school when her mother caught her kissing a girl. There are constant gibes about Sarah’s clothing preferences and euphemistic talk that expresses a disdain for her lesbian daughter. Sarah still shows up as the responsible daughter and handles her stress privately with booze. Lots of it.

Deborah needs round-the-clock care. She accidentally sets fires, launches into sudden and violent rages, rips at her skin and bloodies her hands. She becomes paranoid and lunges at people, accusing them of stealing her things. During moments of clarity, she falls into Sarah’s arms, weeping, and your heart breaks for both of them. The selfish part of you can’t help having the fearful thought, “What if this happens to me?”

When Ph.D. student Mia Medina (Michelle Ang) contacts Sarah and offers her money in exchange for permission to film Sarah and Deborah for her thesis documentary on Alzheimer’s, it’s a godsend. The mock-doc is the writing team’s clever setup to work around the film’s low-budget; it was co-written by Adam Robitel, who also directed, and Gavin Heffernan.

Brett Gentile, as Mia’s reluctant, cranky-pants and spooked cameraman, brings appreciated moments of humor. Veteran TV actor Ryan Cutrona plays Deborah’s good friend and helpful neighbor, Harris. Anne Bedian does a good job as Dr. Nazir, who is perplexed by Deborah’s rapid deterioration and odd symptoms not consistent with Alzheimer’s. Like any good thriller, little hints start dropping like breadcrumbs to indicate things may not be what they seem — ooooh, and they aren’t.

Parts of “The Taking of Deborah Logan” are vaguely reminiscent of “The Ring” and “Paranormal Activity,” but this is so much better in terms of the writing, acting and unique storyline. I jumped and screamed and grabbed my husband’s arm so tightly he let out a rebel yell — and more than once. The day before watching, I’d whined to my hubby that new horror movies never scare me enough. I long for films that make me bug out like “The Silence of the Lambs” and “The Exorcist.”

Although this is a much simpler story and without big movie studio bucks or stars, it scared me to the desired degree. My heart raced, my stomach-churned, and my adrenalin rushed. And what more can one want from a horror movie?

The best thing in the film is the star Jill Larson. You may recognize her as the scary woman at the hospital for the mentally insane on “Shutter Island” or as Opal, the longtime BFF to Susan Lucci’s character Erica on the now-defunct soap opera “All My Children.”

Five out of five stars from me on this one. 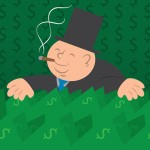 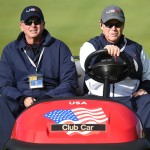