It started with a lie. Only a little one, the kind that comes out like a hiccup and can’t be swallowed once it’s out.

What was the lie? Does it matter? Of course not. Without lies, our world would collapse. Where I live, fake is the new real. Fake fur. Fake food. We don’t have conversations. Our words come out in thought bubbles over our heads. “I’m happy to bring homemade cookies to the meeting.” “There’s nothing wrong. Everything’s fine.” “Go ahead, do what you want. I don’t care.”

What do kids want? They want to be left alone so adults won’t ask questions. Every day, for as long as I can remember, I’ve come home from school, dragging my backpack stuffed full of crumpled-up papers and meaningless books, and my mother with every hair shellacked in place and a bright smile painted on her face will ask:

“How was your day, Johnny?”

“Where have you been?”

“Have you been a good boy?”

The routine never changes. The sun always shines, the rain never falls, and the sky is always blue. Here, adults don’t work for a living. Working is too much work. “We have professions,” the men in suits declare, the way that less-fortunate others might say, “I have a cold” — with a languid wave of the hand and no real interest in curing its vague discomforts. The insult of a headache. A body unused to sleep. Guts that aren’t quite right. The limbs a tad too stiff. No matter. It all packages up nicely into a pressed suit. The uniform of the sick. Like a miasma of invisible germs, the professions hover invisibly around us until one day we wake up with one: “Securities trader.” “Secretary of the Defense.” “Cultural Attaché.” Atchoo!

We don’t talk about money. We don’t have to think about it. Mostly, grownups sit around, holding wine glasses by their stems and congratulating themselves for having the latest toys that just show up without warning, popping out another box that appeared out of nowhere bearing the label, “MADE IN CHINA.” We have come to accept that China makes many labels, but why are Chinese people obsessed with making them? We also cannot explain why we insist on collecting these things. We just do. It is a fact of life not to be questioned.

Have you noticed, lately, that there are two sides to everything, and they’re contradictory? You can’t make sense of them.  Keep your head down and your chin up. Suck it up and spit it out. Don’t stick your nose where it doesn’t belong and keep your nose to the grindstone. Well, which is it?

What if both sides are wrong? The system keeps us so afraid of making mistakes that we just stop trying in the first place. “Go with the flow,” we say. “Stick to the rules,” we agree. And when the flow stops, who’ll notice? No chances to take. No risk of failure. Better to just stay frozen in place with a pleasant grin carving off the bottom of your face.

But I’m not a good kid. Not anymore. I don’t know what I am. But I think I might be a murderer. 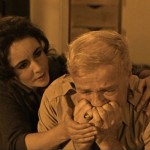 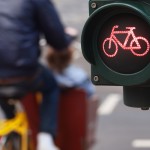